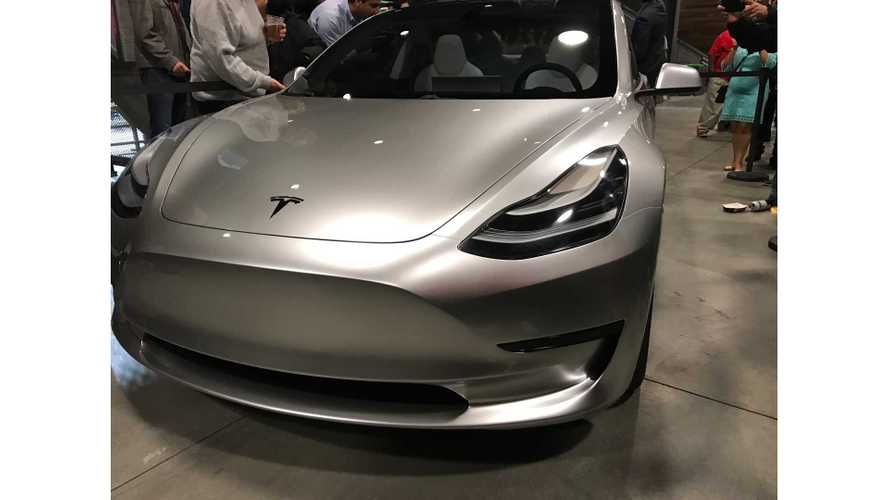 Tesla said this week that the company did, in fact, cancel a substantial Model 3 supply order that was previously contracted with Germany-based automotive supplier, SHW.

Earlier, speculation linked the cancellation with the new U.S. President, Donald Trump, and his administration's potential policies. Elon Musk had met with Trump a few times recently, and a German news agencies spun the story to suggest that the meeting had something to do with the situation.

On the contrary, Tesla clarified that this was surely not the case. Instead, the company pointed to the issue being related to the supplier's compliance issues:

"The main reason why we now confirm that we cancelled the order is to counter those utopian claims that we were acting in response to political pressure. The fact is the order was cancelled because technical standards weren't complied with."

The cancellation will cost SHW a loss of ~$107 million. This huge impact caused the company's shares to dive to their lowest value in months. SHW manufactures engine components, pumps, and brake discs.

While this could be forecasted as a setback for Model 3 production, others believe that it is Tesla proving that it will be rigorous and inflexible in choosing its suppliers and assuring their compliance and timeliness. If Tesla sets this standard, and creates healthy competition, the company is more likely to get what it wants and needs in a timely fashion. With the ridiculously strict timeline, there is not room for second chances.

"Tesla’s policy is to terminate any supplier that is unable to meet their contractual milestones or violates their non-disclosure agreement. Unfortunately, we have to be firm in this regard in order to keep the Model 3 program on schedule and prevent plot spoilers.”

Earlier SHW note on the orders cancellation (via Reuters):

SHW said on Tuesday its customer was disgruntled over the technical specifications for axle-drive pumps which failed to meet its requirements, but SHW said it did not accept the reason.