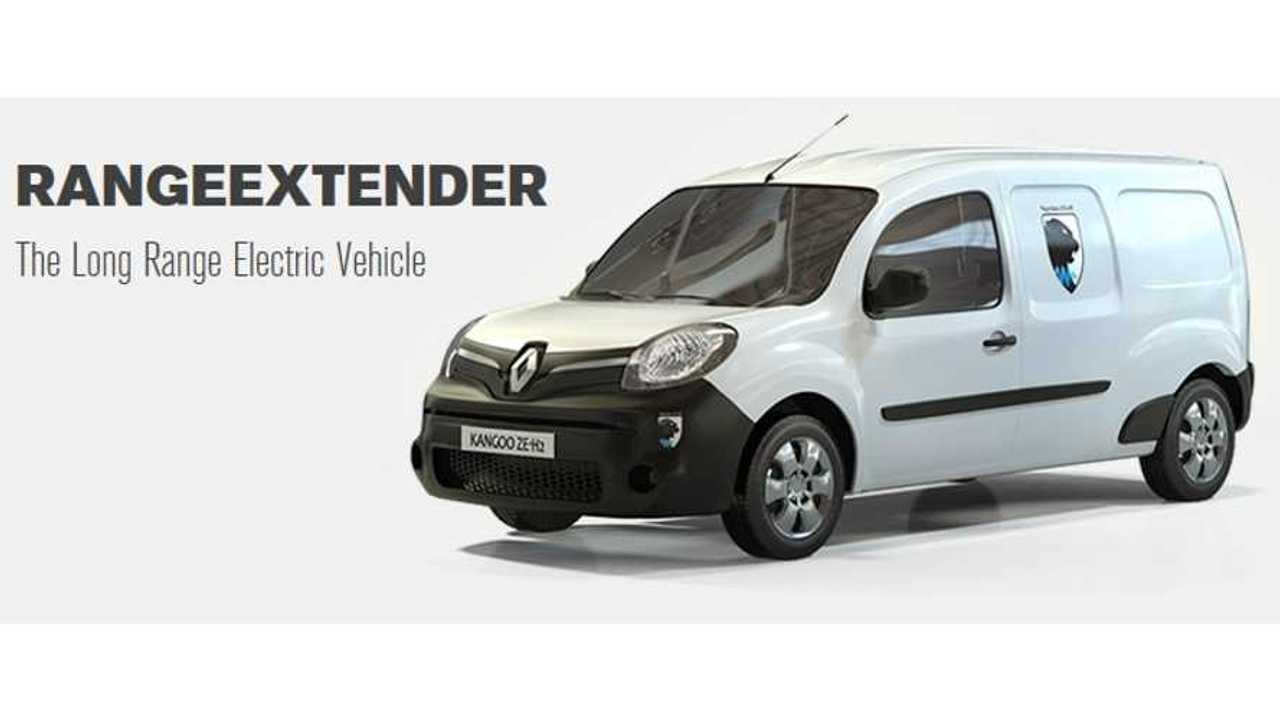 1.8 kg of hydrogen and a 22 kWh on-board battery enabled the Kangoo to drive for 367 km (228 miles) in 10 hours 36 minutes (average brain-numbing speed of 35 km/h)...at night, on a mixed journey of urban and peri-urban areas, with lights and heating turned on.

We are not terribly thrilled at this point with the result, as all-electric cars ranges are improving at a pace that questions the ultimate viability of fuel cell vehicles... with the new 41 kWh battery found in 2017 ZOE as a good recent case in point.

In this situation, a 41 kWh battery transplanted into the Kangoo Z.E. would offer probably a very similar result if driven under similar conditions.

This is with a 22 kWh standard battery charge and with 1.8 kg of hydrogen for the Symbio FCell fuel cell range extender that the Renault electric light-duty vehicle travelled 367 kilometres in 10 hours 36 minutes, at night on a mixed journey of urban and peri-urban areas, with lights and heating turned on. This represents an average speed of 35 km/h, in the real traffic conditions of a large city.

Drivers of the vehicle were Axelle Kirtsch and Tanguy de la Rochette at Cetup, a company specialized in 24 hours/7 days delivery. The vehicle belongs to the Cetup operating fleet, made of Kangoo ZE-H2 and which already cumulated 28 000 kilometres of usage. This record was officially testified by Mr. N'Kaoua, bailiff of justice in Grenoble."

“This new record demonstrates the relevance of this solution for our business. These vehicles provide the same availability and flexibility as classic petrol-based vehicles. Moreover, the total cost of ownership is very close to the diesel version of the original Renault Kangoo, and we reached profitability with the Kangoo ZE-H2, while zero emission, notably in Paris-based operations".

"Reaching such impressive performance with a first generation vehicle delivered in January 2015 is remarkable. The new versions of our Kangoo ZE-H2, currently in production, reduce the hydrogen consumption even more. Beyond, a new 700 bar option will get us close to the 500 km range mark".