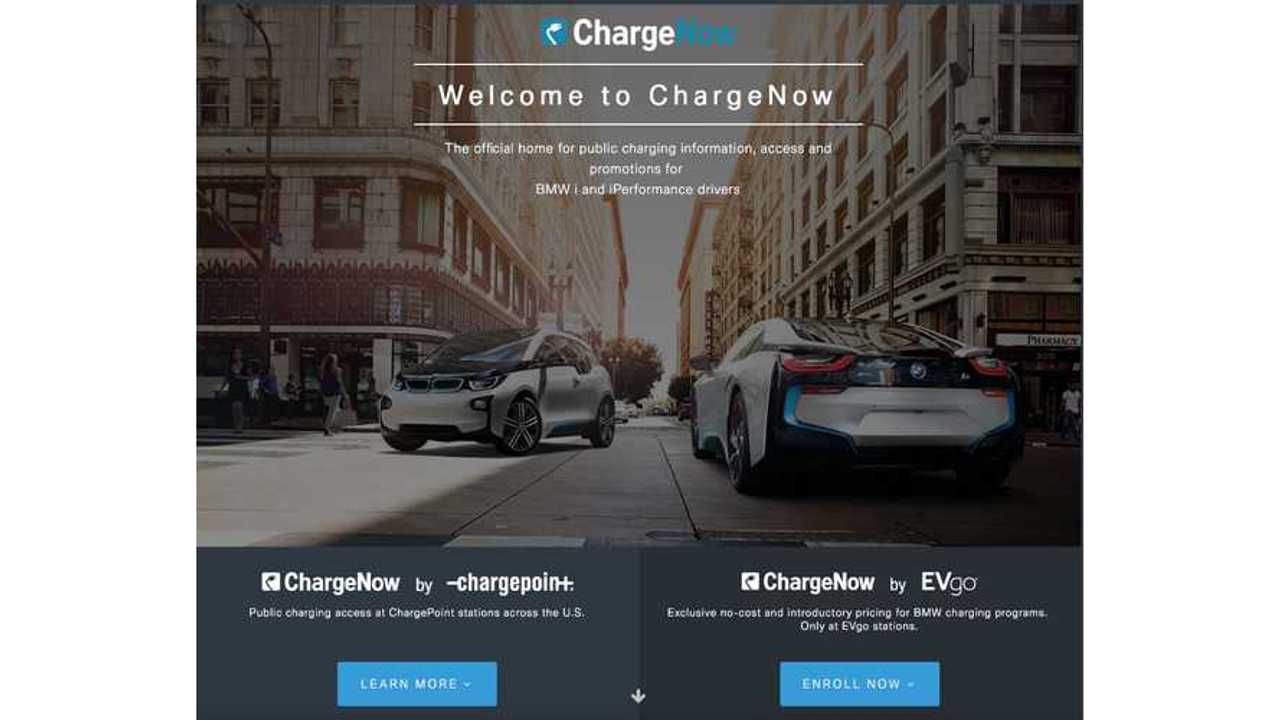 BMW continues to make news with regards to electric vehicle infrastructure and customer charging programs. Coming off yesterday’s Nissan partnership news, today BMW has announced the expansion of their ChargeNow by EVgo program.

The ChargeNow by EVgo program was initiated by BMW in November of 2015, and was active in 25 ChargeNow DC Fast EVgo metro markets. The expansion now includes the entire national network of DC Fast charging station in 33 states covering more than 50 metro areas. BMW claims that the now-expanded network will be accessible for over 92% of new i3 owners. From the press release:

ChargeNow by EVgo no-cost and specially priced public charging programs - exclusively for BMW i and iPerformance drivers - now available in more than 50 metro areas across the U.S.

“The pace at which we have been making charging infrastructure partnership announcements recently shows that BMW continues to aggressively pursue the company’s commitment to our e-mobility customers, with our steadfast support for growing the public charging infrastructure across the U.S.,” commented Cliff Fietzek, Manager Connected eMobility at BMW of North America, LLC. “Using their ChargeNow card, our BMW i3, i8, and iPerformance drivers now have access to the entire EVgo charging network. By supporting the continued growth of publicly available DC Fast charging across the U.S., BMW is helping more drivers make the switch to an e-mobility lifestyle with confidence.”

The EVgo network currently consists of 668 dual-port (CHAdeMO & Combo) 50kW DC Fast charge stations and will soon increase by another 50 with the BMW / Nissan partnership that was announced yesterday. BMW had previously partnered with Volkswagen and ChargePoint to install roughly 100 DC Fast Charge stations for the East Coast & West Coast Express Charging Corridors which were completed in 2016 and has expressed the willingness to partner with any OEM willing to invest in EV charging infrastructure.

Complete details for the ChargeNow by EVgo program can be found on BMW’s ChargeNow USA website.