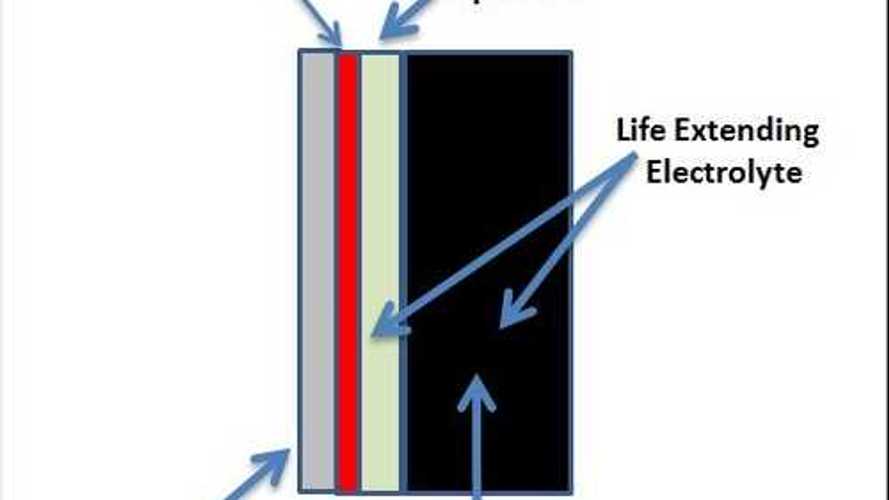 The 20 Ah lithium-sulfur cells energy density levels are pretty high, while life cycles seem to be acceptable (although it could still be better):

Sion Power, after being acquired by BASF, is now also expanding its facilities in Tucson, Arizona, in order to move away from just developing battery technology, and move into small-scale production.

Sion Power’s Licerion®-Sulfur products are being commercialized via its partnership with Airbus Defence and Space. An earlier version of the technology was employed in setting a world record for the longest duration unrefueled flight for a high altitude pseudo-satellite (HAPS).

Based on Sion Power’s 20 Ahr cell design, Sion Power’s Licerion®-Ion system has achieved 400 Wh/kg, 700 Wh/L and 350 cycles under 1C discharge conditions. Details of this remarkable achievement will be presented by Dr. Yuriy Mikhaylik, Sion Power’s Director of Materials, at the upcoming ECS meeting in Honolulu, October 2-7, 2016.

Sion Power is in the process of expanding its facilities in Tucson, Ariz. for the production of prototype large format Licerion® Ion cells. These cells will be available by December 2017. In the interim, Sion Power is evaluating potential volume manufacturing partners to supplement in-house capacities."