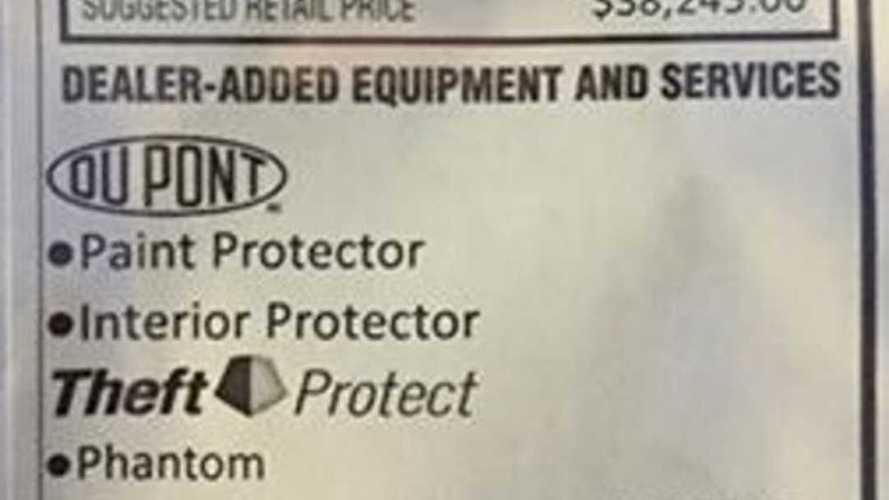 It's a practice that's common with a lot of new, high-demand vehicles (yes, the Bolt is in the high-demand phase right now), but it's widely frowned upon by potential buyers, as well as by the automakers that supply franchised dealerships with vehicles.

It's known as price gouging, though dealerships often use a softer phrase such as "market adjustment," as seen in the image above.

Tesla avoids this by selling direct at one price, but the franchised dealerships often engage in this practice, even though they're directed not to by automakers.

The image above shows the sticker on a 2017 Chevrolet Bolt LT at a dealership in California (we've cropped the image to remove specific dealership information). Note the $5,000 market adjustment that's added to the bottom line. This, along with other mostly worthless dealer add-ons have driven this price of this Bolt up to $44,824, despite an MSRP of only $38,245.

Damian McDonell shared this image on the Chevy Bolt EV Owners Group. He added a statement, which we've included below, but we omitted the specific dealership from his statement:

"Anyone else seeing "MARKET ADJUSTMENT" on the dealer stickers for the Bolt EV? Went to (Chevy dealer) CA and was seeing a "market adjustment" of $5,000! This is making the LT's approach $45K!"

There's usually a simple workaround to avoid this price gouging. For example, we know of at least one dealer in California who sells "all in stock 2017 Bolt EVs." for $1,500 below MSRP. So shop wisely!