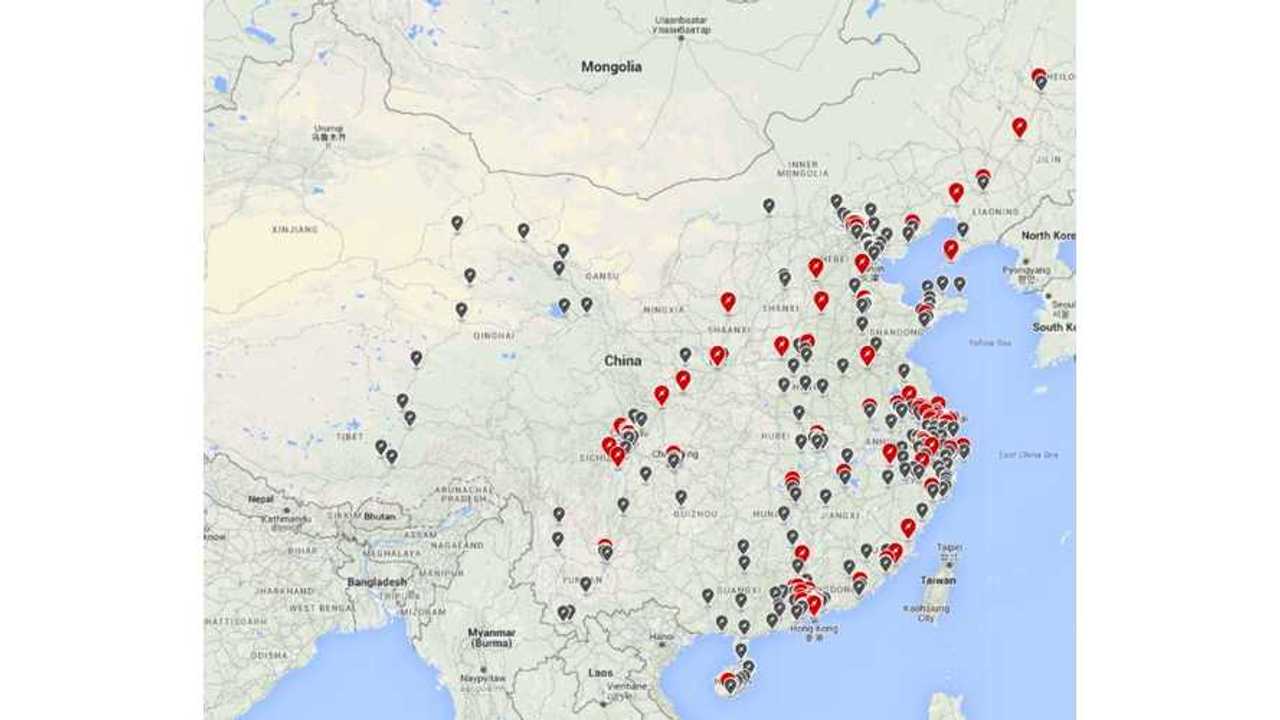 Robin Ren, Tesla’s vice president for the Asia-Pacific region, has confirmed that Tesla opened its 100th Supercharger in China earlier this week.

The average Supercharger in China has only 4 stalls though, so the total Supercharger stall count is only 400.

The 100th Supercharger opened up in the business district of Beijing.

In addition to Superchargers, Tesla has quite a lot of destination chargers in China and is pushing for more.

Tesla is actively inviting hotel groups, banks, offices, corporation, etc. to reach out to the automaker to get destination chargers on site.