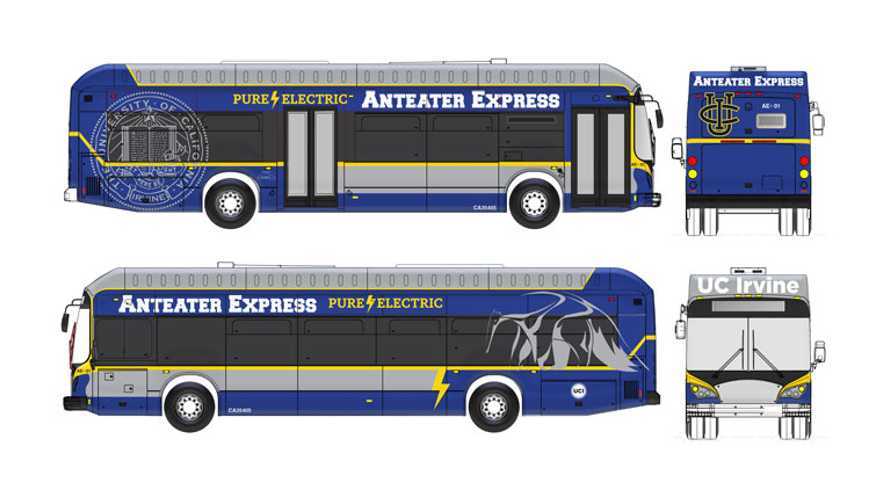 The University Of California Irvine is the first college campus in the US switching its entire bus fleet to zero emissions from the academic year 2017-18.

For approximately $15 million, UC Irvine will acquire 20 all-electric buses manufactured by BYD, on top on of the already in use single hydrogen bus it employs.

The Anteater Express shuttle service at UC Irvine is student-funded.

"The vehicles are being built at the company’s Lancaster plant to roll onto campus for the 2017-18 academic year, joining a hydrogen electric bus to provide more than 2 million pollution-free rides annually. Undergraduates voted to pay up to $40 per quarter to the Associated Students of UC Irvine to cover the bus purchase and other costs. Individual rides are free."

"While other schools have added some alternative energy transportation in recent years, UC Irvine is the first to completely scrap its traditional diesel fuel-powered buses, officials said."

“Once again, UC Irvine is No. 1 in making sure we have a sustainable future. Coolest School,” among other environmental awards. La, like many of her classmates, has relied heavily on the buses to get between classes and her job. “I hope the rest of the country can follow us,” she said. “I hope other colleges and universities will do this.”