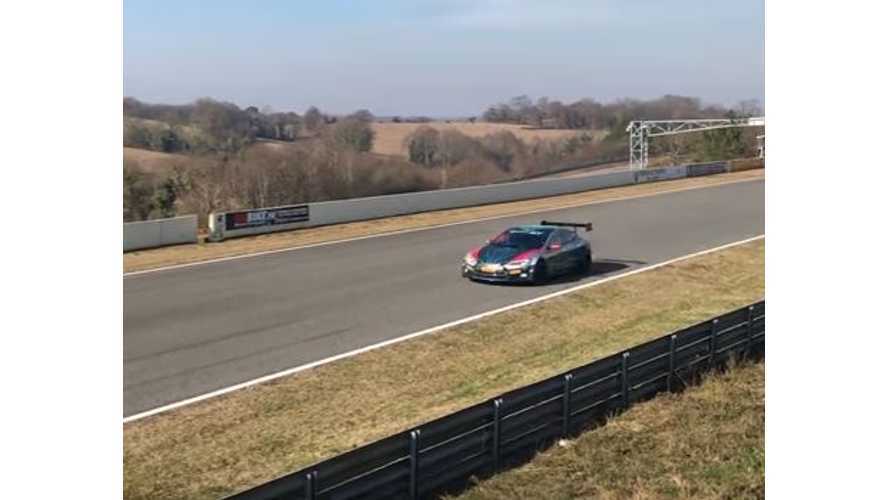 Just a week or so ago, the Electric GT racing series unveiled its new Tesla Model S P100D.

The tuned Tesla is capable of zipping from 0 to 60 MPH in just 2 seconds courtesy of its new Ludicrous + mode and 500 kg weight reduction (as compared to a production Tesla Model S P100D).

Now, for the first time ever, we catch a brief glimpse of this highly modded P100D lapping a track. It sticks like glue and seems to be flying down the straights and around the corners.

It sure will be exciting to watch these vehicles in action when the real races begin.

Editor's Note:  As some of our astute readers have pointed out, it appears that the Model S in the video is not sporting the P100 refreshed front end.  With that said, Electric GT is promoting the car as having the new 100 kWh capacity.  Video description:

It may be the case that Electric GT is still using the original body and modifications made with the original car, but now has it outfitted/swapped with the 100 kWh battery for testing today...or someone in PR has overstepped.  Either way, the Tesla certainly is fast.

Here's the race schedule breakdown for the Electric GT Championship:

Some bonus video below:
++