Sunshine Is The New Gasoline 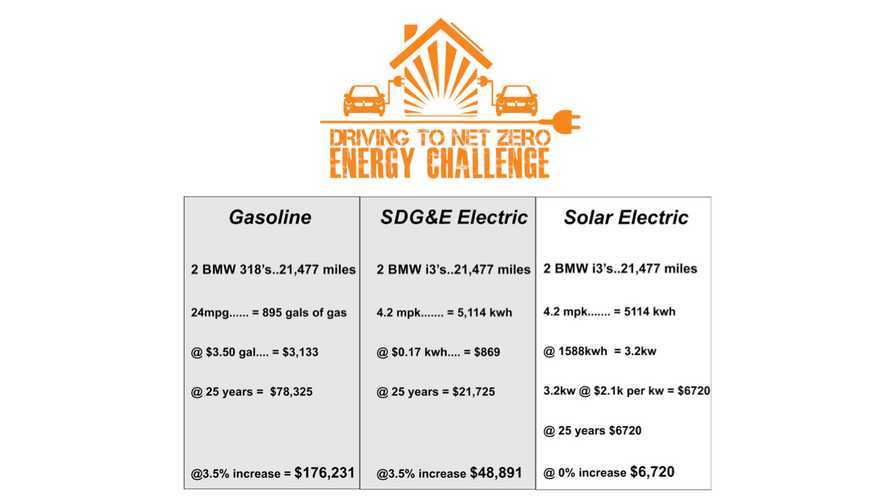 My Fuel Station, 14 cents for regular, 9 cents for TOU.

It's about the economy and the emissions.

Sunshine is the new gas.

Your home is the new gas station.

California is the Golden State,  basked in sunshine and leading the world in solar PV and electric vehicle adoption, development and manufacture.

The writing and case study herein is based on our "real world" experience as solar and EV pioneers over the past decade.  It just is what it is, put into practice in the real world, in our real lives.... and it's getting cheaper and better with more EV&PV combos every year.

It's a California located story, and this is not typical across the 50 states, but there is an old saying:  "So goes California, so goes the Nation."

Today, California has over 500,000 homes with solar PV on the roof tops (data here) and over 50% of the National EV & PHEV sales, (data here)  both these numbers are rising exponentially.

Our state's success is a sweet California Cocktail mixed with portions of innovation, entrepreneurialism, regulation, legislation, adaptive utilities, risk, incredible cities and self reliance.   It's a cocktail best served warmed by sunshine.

This "California Cocktail" is slowly becoming popular in other states across the nation as renewable energy and EV adoption rates increase.

If you don't want to drink the Kool-Aid California Cocktail, feel free to abstain and mock, but know this: The rigid status quo will yield to a better and cleaner future.

Julie and I completed our one year Driving to Net Zero energy challenge in May of 2015. (Article here) From the challenge we documented to the last kWh, the total miles and kWh's used driving our two BMW i3's for the year.

Here is the cost (in the image below and here) of a solar PV system in San Diego California.

When you add the Driving to Net Zero Energy Challenge data to the cost of solar PV this chart is the result.

The purchase of a Solar PV system when used as transportation fuel, has a payoff of two years and an ROI of 50%.   Simply take two years of gasoline cost and you arrive at the general cost of the solar PV system. It's slightly higher than two years, however when Time Of Use Rates are factored in, it becomes slightly less than two years.  Of course your results will vary depending on location and the type of EV you drive.  The BMW i3 is by far the most efficient EV on the market (data here)

The cost of Solar fuel is 4% of the cost of gasoline averaged over a 25 year span. This translates to $0.14 per gallon flat cost and $0.09 per gallon when SDG&E favorable Time Of Use rates are factored in.

The solar PV system is warranted for 25 years including the micro inverters, it will last much longer than that.

Emissions.  One gallon of gasoline when burned in a car emits 19.64 lbs. of GHG's. (data here) 7 kwh of solar electricity (this will drive an electric car the same distance as a gallon of gas) emits zero GHG's.

The same 7 kwh of electricity from the current SDG&E grid mix when used in our buildings contains .7 lbs of GHG's per kWh for a total of 4.9 lbs of GHG's.

(data here) The SDG&E grid mix is 37% renewable energy with the remainder Natural gas, thus the reason for the lower .7 lbs number.

As cities in California and elsewhere make Climate Action Plans to lower their emissions, the 100% renewable energy platform as relates to our buildings energy use is a very popular tool with the public as the public understands solar as a utility cost savings.  What is lessor understood is the use of solar as a transportation fuel.

If we are to use emission reductions as our number one goal, and we use science and common sense, not populism, to guide us, we would come to a strategy that uses 100% of renewable energy generation to offset transportation emissions resulting in a reduction of total GHG’s that is 400% greater than a strategy that uses 100% renewable energy generation to offset utility supplied electricity for our buildings.  Of course doing both is the best answer, but the fastest and best path is clearly transportation.