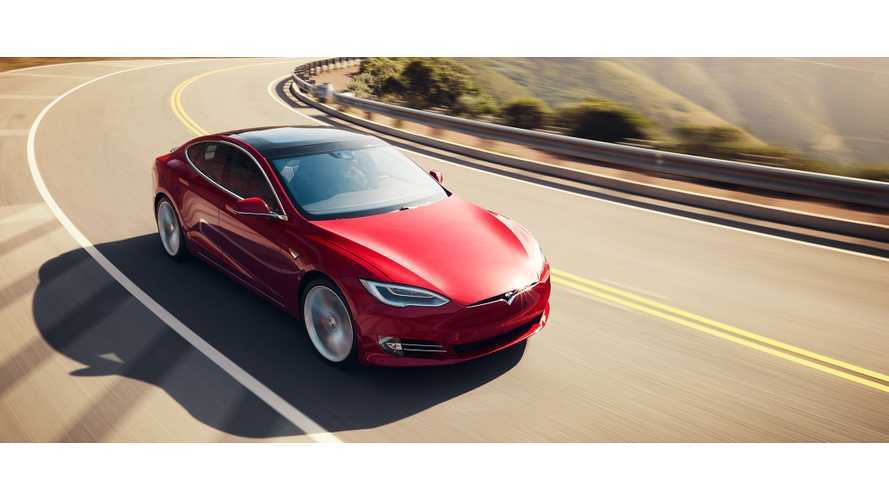 It’s not really news that the Tesla Model S outsells competing cars from legacy automakers - at least not to anyone who follows the electric vehicle (EV) scene. Back in 2013, it took the #2 spot in the large luxury sedan segment (after the Cadillac XTS), an unprecedented vote of confidence for what was then a new vehicle from a startup company.

However, even more impressive sales achievements were to follow. Four years later, the history-making EV is the unchallenged leader in its class - the Model S has been the best-selling large luxury sedan in the US market for at least two years, and its lead is rapidly increasing.

While there can be no question that besting the venerable vehicles on this list is a worthy accomplishment, we find it a bit of a stretch to claim (as some other media outlets have) that the Tesla Model S is outselling any and all of its “competitors.” There’s no rule that says a car buyer has to consider only models within a particular artificially-defined “segment.” Luxury sedans surely also compete with luxury SUVs, especially in the US and China, where SUVs may occasionally be bought due to how trendy they are — rather than for their off-road cargo-carrying capabilities. There are some pretty hot sellers in the large luxury SUV segment - the Cadillac Escalade sold 39,092 units in 2016, and the Mercedes-Benz GLS-Class and GL-Class sold 30,442 (Tesla’s Model X sold an estimated 18,223, which would make it the #3 seller in this class).

In fact, sedans may be something of a dying breed in the US market - sales of large luxury sedans were down 9% in 2016, while sales of large luxury SUVs grew by 10%. Meanwhile, Model S sales increased 17%. And, arguably, the Tesla Model S has no real direct competition. There is no other luxury model that’s fully electric, and no other vehicle that can rival the advanced autonomy and connectivity features that Tesla offers. This doesn’t stop the media from describing almost every new plug-in vehicle, pure EV or plug-in hybrid, as a “Tesla killer.” Motor Trend recently published an extensive comparison between a Tesla Model S and the new Chevy Bolt - a bit like comparing a filet mignon to a good cheeseburger.

Comparisons are odious, as the old saw has it. Be that as it may, there are (at least) two conclusions we can draw from these figures that have huge implications for the future. First, while (as the media so often remind us) electric vehicles as a whole still account for less than 1% of the overall auto market in the US (in Europe, they recently cracked the 1% mark), if you consider the leading EV - the Tesla Model S - within its large luxury class as defined by the list above, its market share is over 27%. Second, while large sedans (or maybe just gas-powered ones?) may be in decline, SUVs, minivans and compact cars are huge sellers, and are likely to remain so. Tesla has the SUV/minivan angle covered with Model X, and will soon have an attractive offering in the compact class. Watch this space.