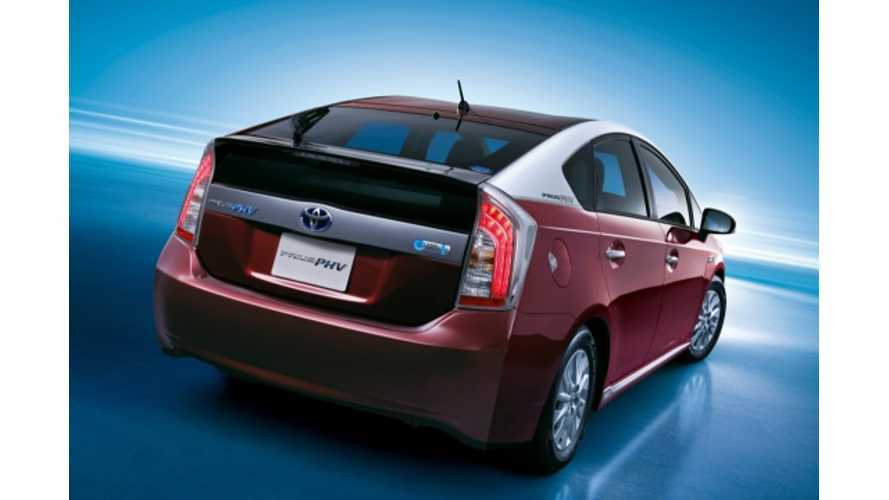 Toyota of New Zealand has come up with a rather unusual way to enter the nation's plug-in electric car market.

We should note that it is extraordinarily hard/expensive to sell new imported plug-ins in the country - due to the MSRP adds.  Recently, Nissan even decided to pull the LEAF from the island.

"Toyota NZ has begun purchasing low-mileage three-year old third-generation plug-in Prius vehicles in Japan, putting them through its Signature Class used vehicle refurbishment process at Thames, then offering them on the Kiwi market with prices between $35,000 and $40,000. ($25,000 USD to 28,500 USD)"

"There's a lot of chatter in the market about plug-in and pure electric vehicles. So far the market for them is small but we acknowledge it is slowly gaining traction.

"But the current new EV offerings in New Zealand can be seriously expensive, which is why we are taking another route."

"That's why our strategy is to go down the lower-cost used car route."

"The used plug-in Prius cars have already started arriving, and at Thames they are being fitted with local audio and reverse parking camera, the dashboards are being converted from Japanese to English, and the owner's manual is being replaced with an English language version. The cars, which will be sold through six selected Toyota dealers, will have a five-year warranty including replacement battery cover."

Toyota NZ had tested the old Prius PHEV several years ago, but was unable to get prices down to a reasonable level, hence the old-is-new approach.