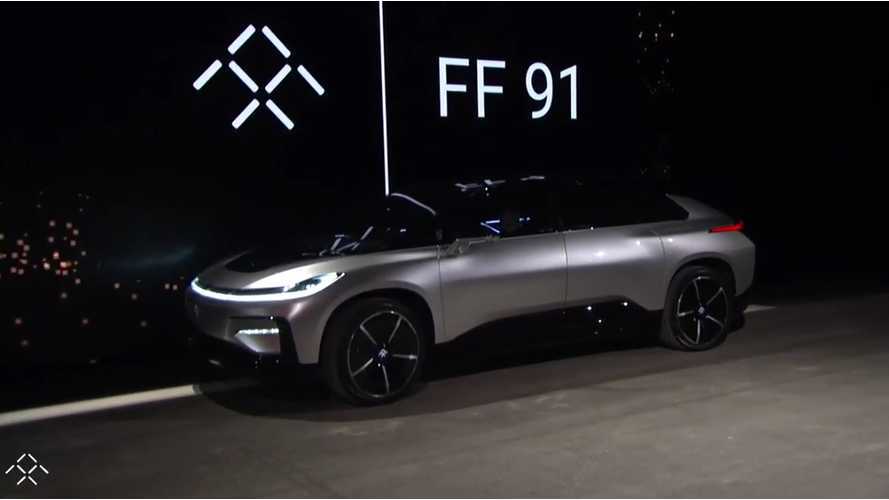 Unveiling at CES in Las Vegas

A company that prepared a 3D virtual vehicle tour presentation of the Faraday Future FF91 is now suing Faraday for not coming through with the funds. The Mill Group claims that Faraday owes $1.8 million for the completed work.

Of course, Faraday is not willing to comment on the situation. As before, the company is stating that it doesn't comment on legal issues, publicly or privately.

One source close to the matter explained that the presentation was supposed to be released prior to CES, but due to lack of payment, the work was temporarily halted. According to The Mill, the agreement was for a "graphic presentation":

“With virtual reality, augmented reality, and holographic components, to promote the January 2017 launch of a new electric vehicle deployed by Faraday.”

The estimate for the work was set at $1.82 million, and Faraday agreed to the cost. However, the Mill was told that the money would come in three installments. Thus far, Faraday has paid only $20,000, and unfortunately for the Mill Group, Faraday now has the work in hand.

“Faraday has repeatedly acknowledged that it accepts the sums owing to The Mill and its intention to pay. However, despite repeated requests for payment and promises by Faraday to pay, funds have not been received. Instead, Faraday has only paid $20,000.00 to the Mill, leaving a total outstanding balance in the amount of $1,802,750.00.”

This is just another issue in the long list of problems that Faraday is facing. Despite all of this, the company did come forward with a working vehicle. Faraday insists that construction will begin again soon on its Nevada factory, and by 2018, the FF91 will be in production.