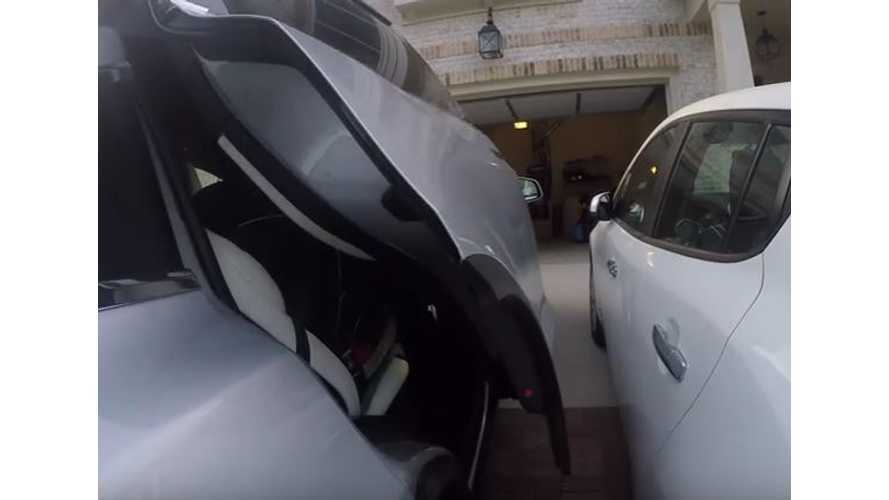 Via recent software updates, Tesla claims to have improved the function of its Model X Falcon Wing doors.

This video doesn't put those doors in a situation where the improvements are tested, but rather it show a real-world scenario in which a car (a Nissan LEAF in this case) parks too close to the X.

The Falcon Wing doors prove their functionality in this video, where regular doors wouldn't open enough to provide much access to the rear seating area.

Yes, a typical minivan sliding door would perhaps be more useful, but it's surely not as trick or slick in its operation or appearance.