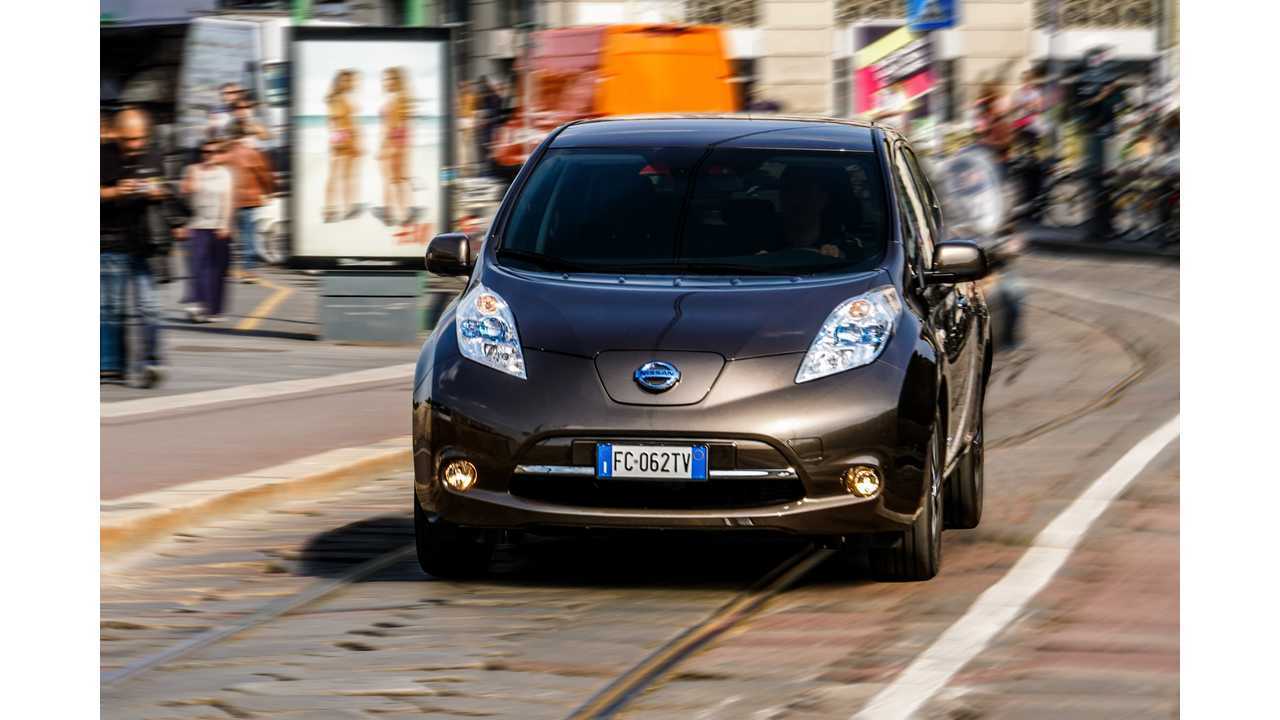 The article opens with these statements:

"To say that Nissan North America is completely comfortable with the regulatory demands it faces on zero-emission vehicle sales around the country is probably an overstatement."

"But in truth, few, if any, multisegment automakers are in better shape than Nissan."

Nissan was one of the first automakers to mass-produce and sell electric cars in the U.S. It began way back in 2010 with the launch of the LEAF. Automotive News states:

"By virtue of mass-marketing its Leaf electric vehicle in the U.S. for the past five years, Nissan is already in full compliance with the ZEV requirements for California and the nine other states that follow the California regulations. And because Nissan began selling the Leaf before ZEV requirements in those states in the Northeast were in effect, the automaker will receive some privilege and flexibility as the regulations get tougher."

To continue to be in compliance, Nissan simply needs to continue to market and sell the LEAF at appropriate volumes in the right states. According to Automotive News, this isn't as easy as it sounds:

"That will take some careful sales planning, cautions Tracy Woodard, the company's director for government affairs. The company obviously would like to see Leaf sales rise everywhere. But having strong Leaf sales in Georgia, for example, will not help Nissan meet its ZEV requirements in New York and Connecticut, she points out."

"So the automaker must make sure it has adequate inventories on hand in the ZEV states -- even if it means other states have a harder time getting inventories -- and also devote more resources to marketing the Leaf in the states that, under California's rules, require ZEV sales."

The concern for Nissan right now is dwindling LEAF sales, due to an aging car and the anticipation of the upcoming debut of the next-generation LEAF (which will happen in the very near term - trust us).  For the time being, Nissan's ZEV position is in good shape.

Looking forward at much tougher regulations (up to 16% ZEVs by 2024), Nissan execs do still seem a bit concerned about continuing to be compliant.:

"Nissan is OK for now, Woodard says. But Leaf sales do need to carry the load for a ZEV requirement that will rise between now and 2024."

"Two things could make it tougher for Nissan: The brand has had few competitors in the EV segment until now. As the ZEV requirements confront the industry, Nissan likely will see more competitors trying to win away Leaf customers."

The next-gen LEAF can't come soon enough, especially since Nissan sales are on the rise overall in the U.S., which means ZEV sales must increase too.

In our eyes, Nissan is in a fine position in regards to ZEV credits/compliance and the automaker should be more than okay in the coming years. However, there are lots (and lots) of other automakers out there that we can't say the same about.

One things for certain...compliance regulations will push automakers to get into the EV game and those automakers will have no choice but to market the plug-in cars.