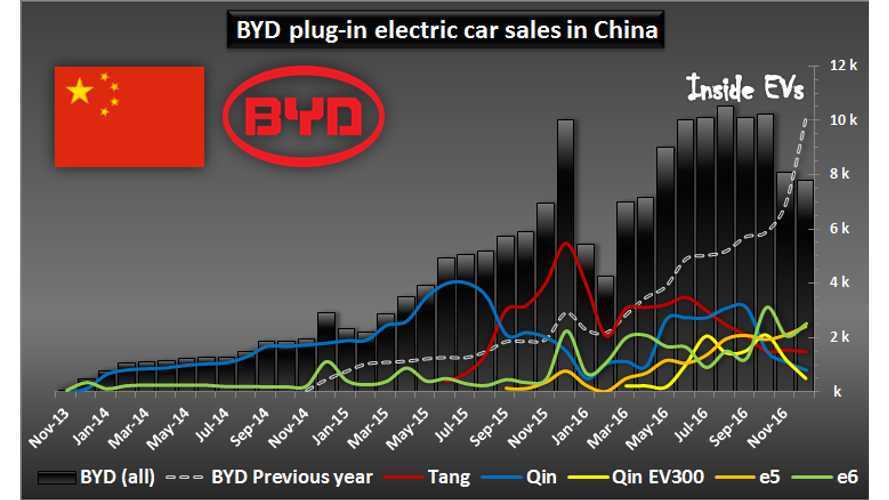 However the good news ends there, as December was the second month in a row that the company failed to live up to sales expectations.

Last month's result was actually a 22% drop year-over-year with just 7,798 EVs sold; again, a great result for anyone...anyone but BYD.

The sales issues first appeared in November, and we expressed some concern that BYD would not be able to return its more recent 5-month streak of 10,000+ monthly sales, at least until new models became available.

The best selling model for BYD in 2016 was the Tang plug-in hybrid with more than 31,400 sales, but as you can from the sales data below for December, the company's all-electric models are currently selling better.