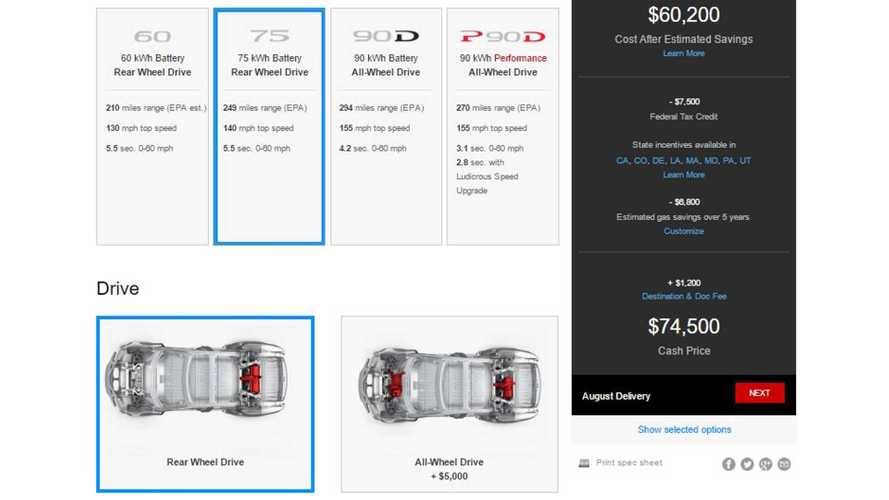 Over the weekend, Tesla quietly added a fourth version to the Model S lineup: Model S 75.

No longer listed as just an upgrade, the 75 kWh version of the Model S is now a standalone offering that join the 60 kWh, 90D and P90D variants in the lineup.

Tesla is constantly tweaking its model lineup, as just earlier this month the automaker announced the re-introduction of the base 60 kWh Model S. This move brought the cost of entry down to $66,000 for the S. At the same time, Tesla decided to offer an upgrade path from 60 to 75 for $8,500 prior to delivery or $9,500 after delivery.

Nothing else changes though. So, if you we're considering a 60 Model S and wanted to range upgrade, then now all you need to do is purchase the 75 kWh S. It's as simple as that really.