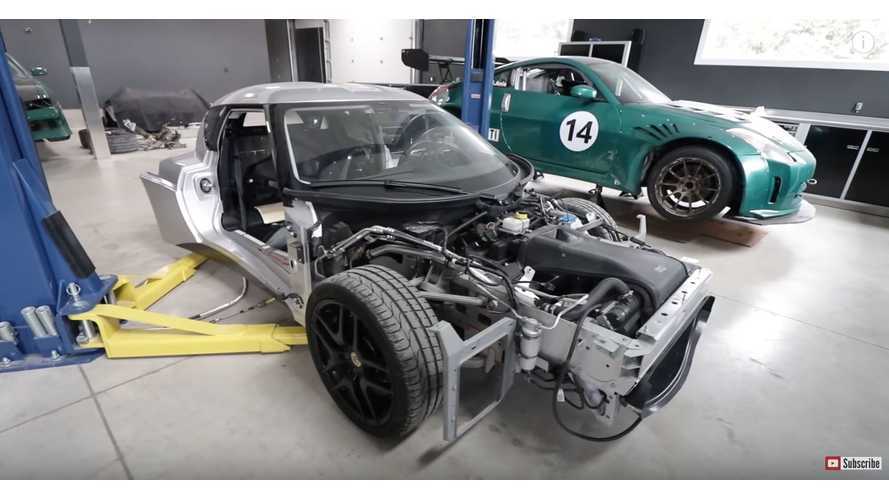 Speed Academy asks Sasha Anis - the racer and owner of a drift car, and the man they call "the guy with the craziest Z" - why he would ever be interested in turning a Lotus Evora into an electric race car.

I guess there's a couple of points ... and without being too much of a tree hugger, I do think that inevitably, we need to make a change ... to stop burning all the gasoline that our planet has."

He talks of electric propulsion being simpler and cleaner. If electric performance had the time to mature that ICE cars have had, there would be no comparison. It's time for racers to prove that electric vehicles can outperform their gas counterparts.

Sasha considered a Porsche Cayman for the project, but it was too complicated. The Lotus has an aluminum frame that comes off easily, in one piece, making the switch very straightforward. The simple engineering and mid-engine design make it an ideal candidate. He also notes that the Evora itself is a terrible performer, thus the project betters a car that possesses excellent "potential." This wouldn't be so much the case with a Porsche platform. Added to all of this, the original Tesla Roadster was based on the Lotus Elise, the Evora's little sister.

The project utilizes a Tesla Model S 85 drivetrain (not the performance model). It puts out about 360 horsepower. He picked up the motor at a salvage yard, from a wrecked Model S. Two batteries from a 1st gen Chevrolet Volt complete the package. Each is about 16 kWh, so it has a total of 32 kWh of battery capacity.