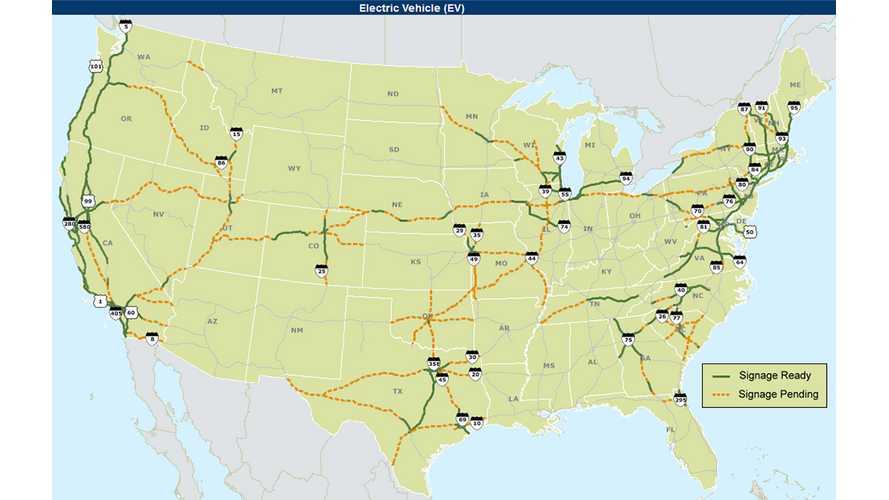 Those corridors will have charging/refueling stations available for alternative fuel vehicles along their routes.  And as it turns out (to no one's surprise), electricity is the most extensive option among the alternatives.

In case of EV charging, the goal for the routes is to provide both public DC fast charging and at least one AC Level 2 charging station for every 50 miles (or less) of road, and within 5 miles from the highway.

"The Federal Highway Administration (FHWA) is establishing Alternative Fuel Corridors for vehicles that are fueled with compressed natural gas, electricity, hydrogen, liquefied natural gas (LNG), and liquefied petroleum gas (LPG). These corridors have alternative refueling sites along a designated route on the National Highway System. The routes highlighted in green already have proper signage and the routes in orange have signage pending. Other routes have been proposed to be added to the network which is expected to expand in the future. For additional information on these Alternative Fuel Corridors, go to the FHWA website."

As for the hydrogen corridors (below), they seem to be mostly in pending status only, that is besides a small corridor in California.