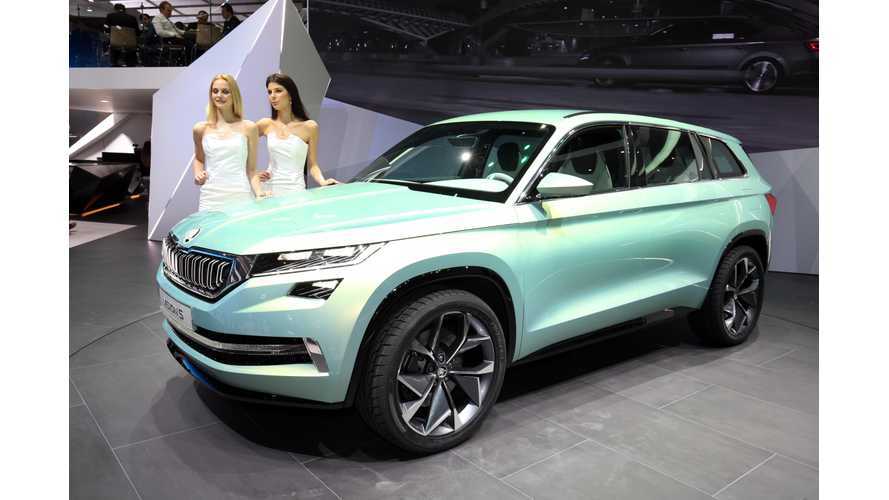 Škoda (part of the Volkswagen Group) has put some clairity on its electrification plan through 2020.

Then a year later, in 2020, Škoda will launch an all-eletric SUV based on the new MEB electric vehicle platform: The electric SUV is to be an all-new standalone model, but is still essentially the Audi Q5 all-electric that will be first built in Mexico for the German premium brand from 2018.

The electric Škoda could be very important for Eruope, as its brand is seen as a great value-for-money, and an outlet for the VW Group to sell some additional volumes at lower prices if need be.

"The first and second Skoda with an electrified powertrain will be plug-in hybrid versions of the Superb and the new Kodiaq SUV, both due to arrive in 2019. These will use batteries and motors available as part of the MQB platform component set.

The more rapid introduction by Skoda of plug-in hybrids and BEVs is part of Maier’s new 10-year corporate plan called Strategy 2025, which replaces the previous Strategy 2018 plan, which had no plans for electric Skodas."

Smaller Fabia and Octavia to be electrified potentially in the future.