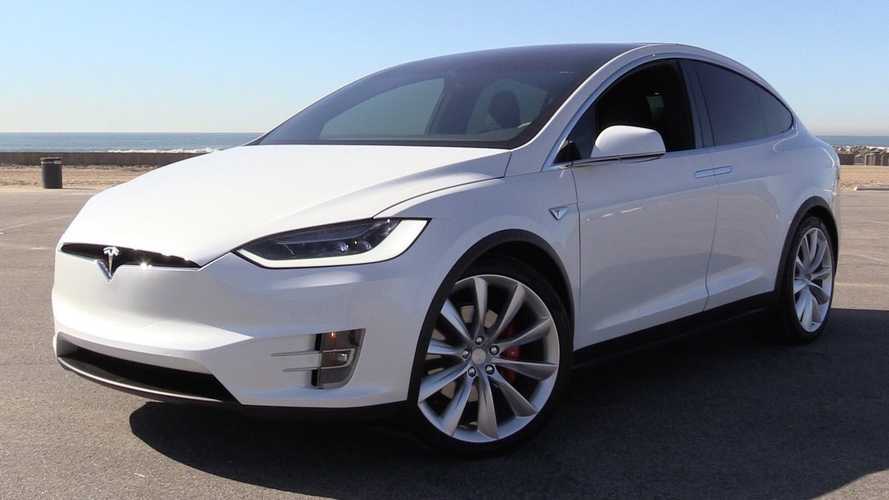 The doors have sensors to avoid such instances, and therefore should not hit objects, but apparently the center sensor allows for objects above the glass roof (like ceiling beams or garage door openers, etc.) to be contacted on occasion.

Elon Musk recently blamed himself at a shareholder's meeting for some of the SUV's flaws, admitting that the Model X has too much "whiz bang". Tesla tried to add an overwhelming amount of technology to the vehicle, which ultimately led to Musk's report of sleeping at the end of the assembly line to personally oversee production. He said:

"In retrospect, the right thing to do with the Model X would have been to take a lot of the really awesome cool things and table them for future versions... This was a case of overconfidence... but I think we're almost there in making the doors useful. I think with the software release that’s going out shortly and then the other one that’s going out in a month or so... we’ll finally be at a point where the doors will be better than normal doors as opposed to worse."

Tesla has used its over-the-air updates to attempt to help with the problem.

Initially, the company added two options to combat the problem. One is "umbrella mode", allowing the doors to open only halfway. The other update allows for more user control over the door function using the key fob. While the added options are helpful, the problem wasn't addressed related to the center sensor.

This week Tesla updated the software once again. Model X update v7.1 (2.24.78) reportedly improves the sensors. Now the door and liftgate sensors will detect obstacles more readily. The update also opens the driver's door when the car is unlocked with the key fob.

If the car senses a low ceiling or obstacles, the doors and liftgate will open partially (enough for easy access) and then a click of the fob will allow the user to open them further, until the object is detected. Once the user decides to open the doors fully (if it is realized that the area is safe and no impact will be made), the preset "Always open fully at this Location" can be saved.