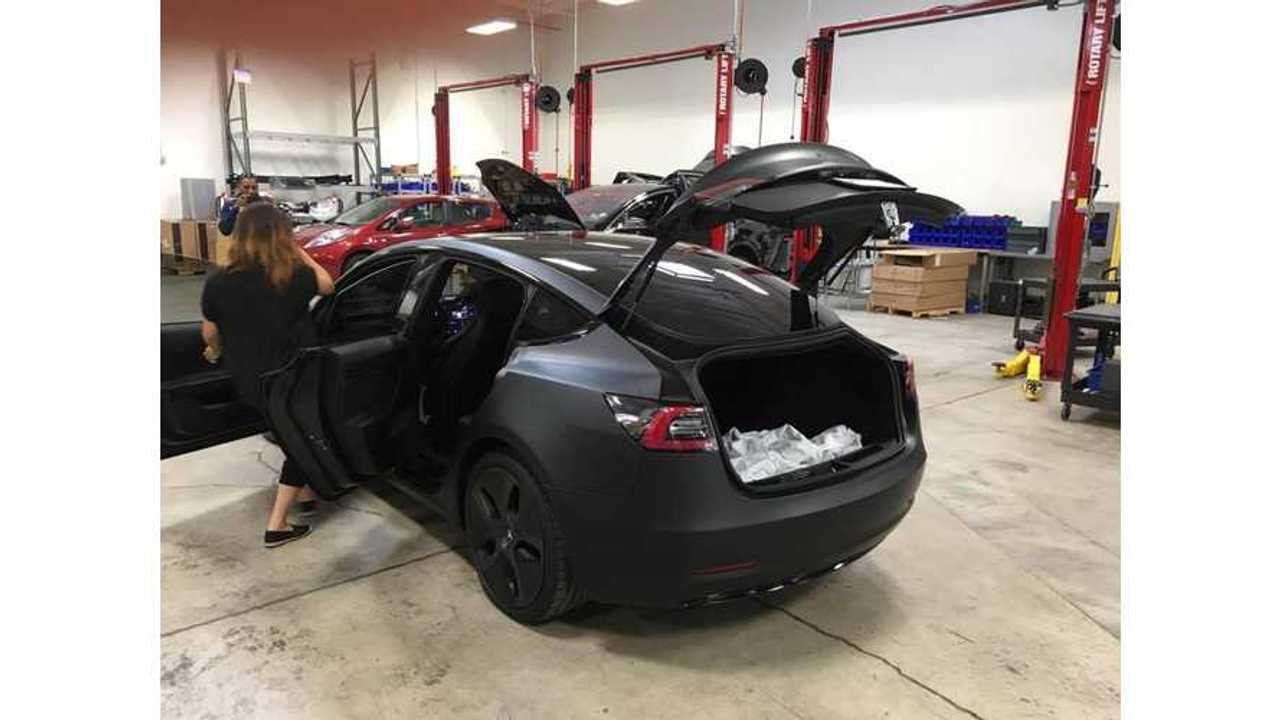 Three new images of a matte black Tesla Model 3 have emerged, including one of the rarely seen interior.

This is believed to be the same Model 3 that was spotted testing on the road just a few days ago.

This is still an early prototype Model 3 and it seems to be identical to those shown at the initial unveiling.

It remains to be seen if the minimalist interior will be retained when the Model 3 moves to production or if the rear trunk opening will be enlarged as promised by Musk.

Overall, we still very much approve of the design of the 3 and think it will be hugely successful when it launches in mid- to late 2017.