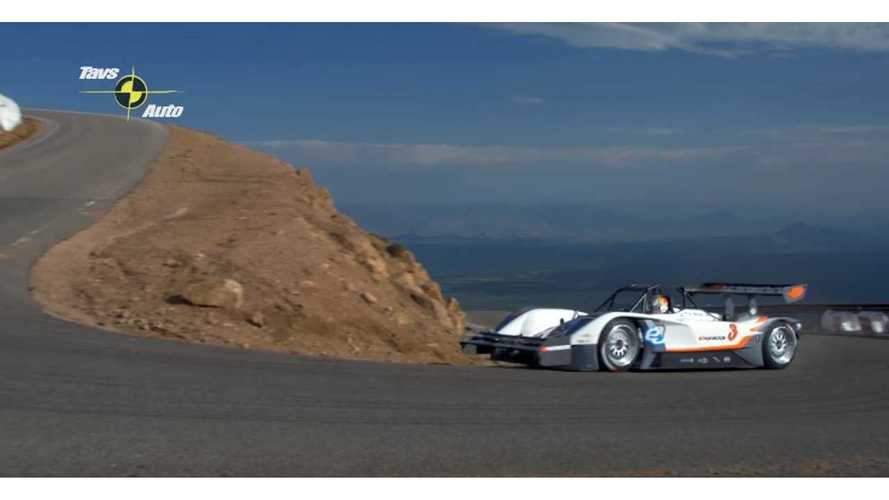 With an additional YASA electric motor - now seven in total - 3 in the front and 4 in the rear (who doesn't need 7 motors after all?) that combine to put out a total of 1,190 kW of peak power and also  2,520 Nm of peak torque, make the eO PP100 the favorite again this year, especially after setting the pace by a large margin in qualifiers.

Note:  Several qualifying videos, interviews and mini-docs can be found below

The racing advantage for eO is gained via the PP100's weight of just 1,218 kg, which gives the team a staggering 1.3 HP/kg ratio.

It has been decided that Rhys Millen will drive for the eO for the second time after being the winning driver in 2015, especially after a great practice/qualifying session, which has already show the fruits of recent improvements.

50 kWh will be available to climb to the top