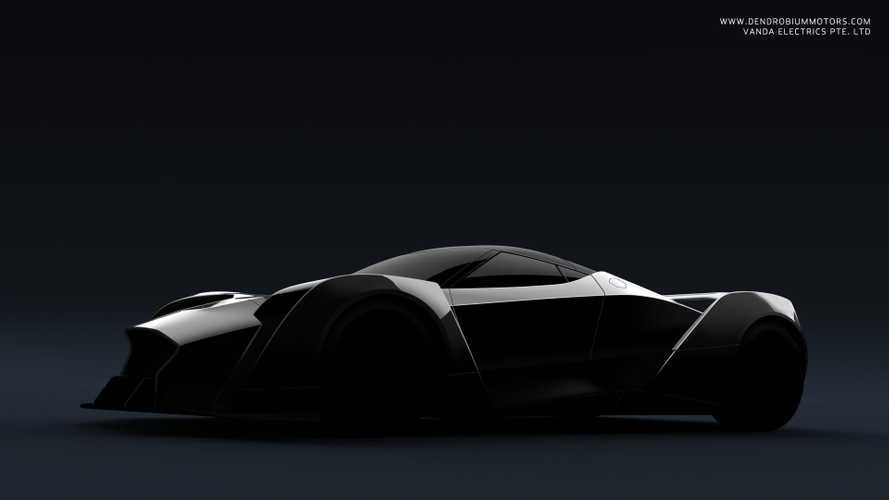 Vanda Electrics will debut its version of an electric hypercar - the Dendrobium, from the upcoming Geneva Motor Show.

'Potential' pricing was not released, but we assume if you are asking, you probably can't afford it anyway.

"Dendrobium’s high-tech componentry will be clothed in a remarkable body featuring an automatic roof and doors, which open in a synchronized, theatrical manner, resembling a fully-opened dendrobium flower, a genus of orchids native to Singapore.

Vanda Electrics has engaged Williams Advanced Engineering, the technology and engineering services division of the Williams Group – which also includes Williams Martini Racing – as its technical partner to build the Dendrobium concept and assist in future project development. The division specialises in race-bred aerodynamics, composites, batteries and electric drivetrains.

The interior of the Dendrobium will feature the finest Scottish leather from Bridge of Weir Leather Company, which sources the best hides from the best heritage breeds and has adopted the very latest technology. The result is the lowest carbon tannery and leather product in the world."

As of yet, no specs have been released, but according to some reports, the two-seater is to be equipped with four YASA motors, and able to accelerate from 0-100 km/h (62 mph) in less than 3 seconds, with top speed of 320 km/h (about 200 mph).

Other projects of Vanda Electrics is the decidedly less sexy "Ant Truck", a low-speed truck, and also an e-scooter.