Pure Electric BMW i8 In The Works? 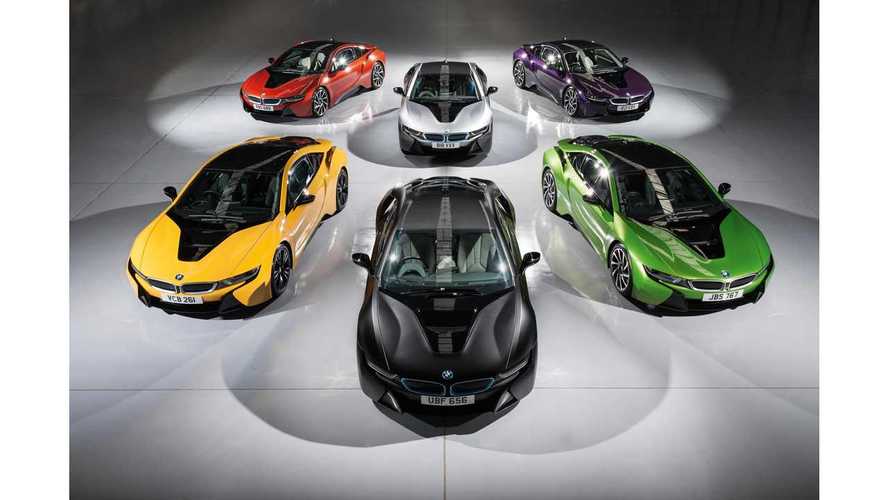 It's being reported that BMW is currently working on a pure electric i8 prototype. If the finished product is deemed a success, then the next-generation i8 may be electric-only.

"The secret programme will give the i8 a significantly larger battery and a trio of new high-revving electric motors in place of the hybrid system it uses today."

"The plan is for the electric-powered i8 — which may be pressed into action as a successor to the current i8-based Formula E safety car next year — to be based around the carbonfibre structure developed for the BMW i division’s fuel cell prototype, revealed last year. In order to house a series of cylindrical tanks used to stow hydrogen, it features a wider centre tunnel than the structure employed by the standard i8."

The area in which the tanks reside today will be reportedly replaced by a larger battery pack.

The prototype, pure electric i8 is expected to weigh the same as today's road-going i8 and will have a range of 400 km/249 miles (NEDC), which would translate to about 280km/175 miles of "real world" driving range.

"Power for the new fourwheel-drive i8 prototype will come from three new brushless electric motors. One will be mounted up front and two at the rear in the space usually taken up by the existing i8’s turbocharged 1.5-litre three-cylinder petrol engine. Developed by BMW, the motors are claimed to operate at a much higher internal speed than the production units used by the production i8."

Total power output is unknown, but "insiders" claim each motor can put out 268 HP on its own.

This pure electric i8 is still a ways off though, that is if it ever even makes it to production. Prior to the launch of this electric i8, a heavily modified plug-in hybrid i8 will go on sale sometime next year.