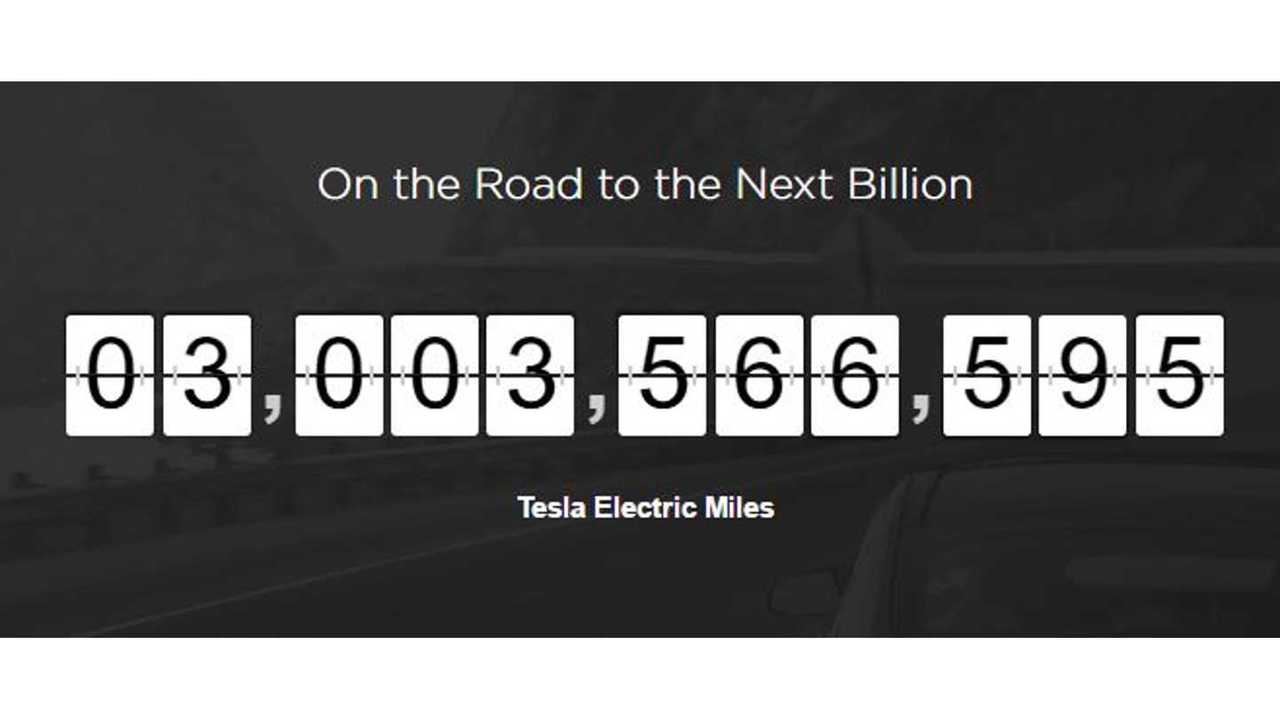 3 Billion Plus And Counting

With more and more Tesla hitting the road, that figure is climbing rapidly now.

As Electrek notes, the first billion was record in June 2015 and the second billion came in April 2016. Now we've got the third billion in September 2016, so it's clear the number is rising exponentially (see chart below).

The miles are recorded and posted semi-live on Tesla's "Electric Road trip" site. 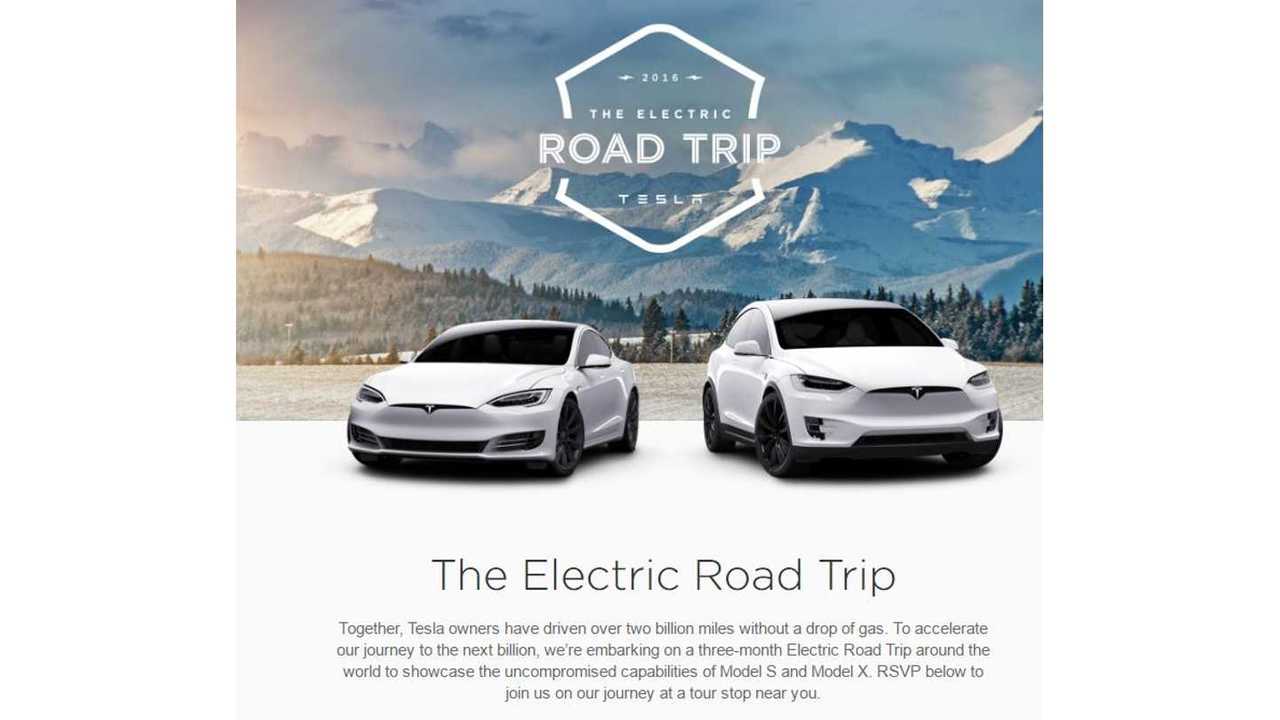 3 Billion Plus And Counting 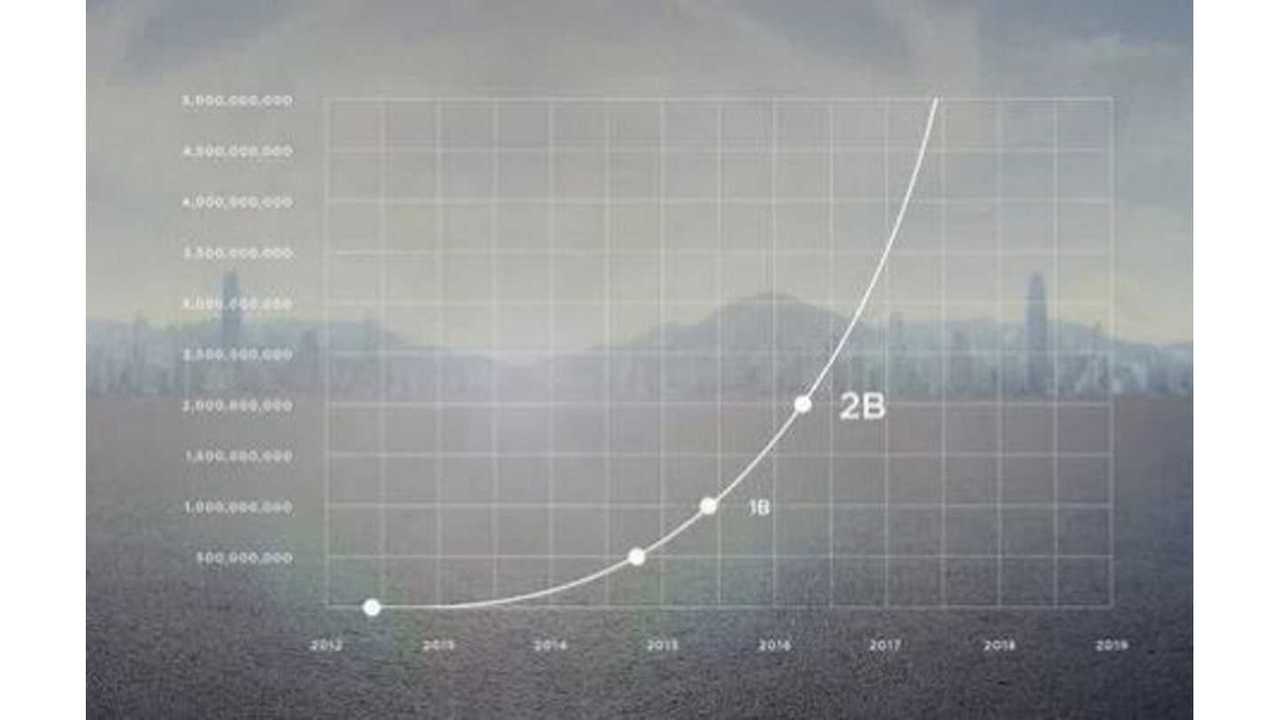