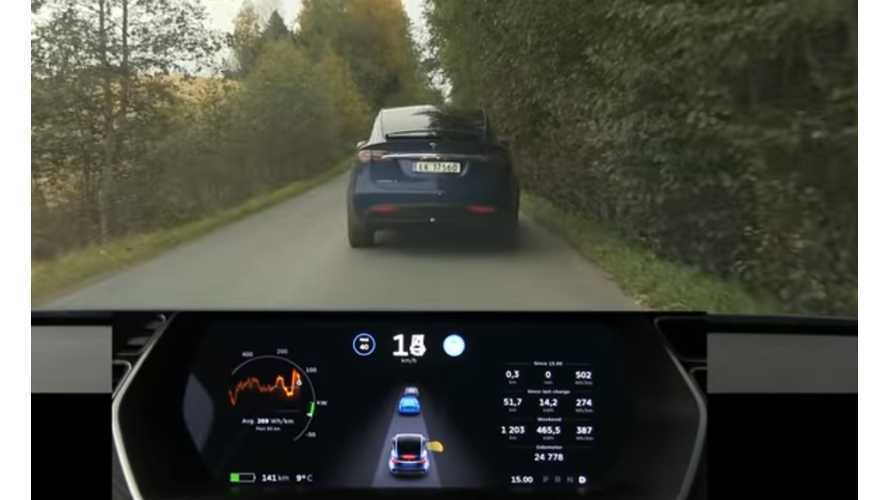 Now that it's been verified that Tesla Autopilot (Autosteer, to be more precise) has thus far reduced crashes by 40 percent, CEO Elon Musk took to Twitter to claim that Autopilot 2.0 (HW2) could hit a 90-percent crash reduction rate. This is Tesla's initial target for the new software.

After yesterday's announcement, critics were skeptical, pointing out the fact that Autosteer was specified in the reference, rather than Autopilot as a whole. Bear in mind that Autosteer is the main factor which makes Autopilot function as it does. Also, the NHTSA only uses the Autosteer addition as a reference for the date in October of 2015, when the feature was added as an option. All other features of Autopilot were, and still are, working to make these numbers possible, prior to and since that target date.

Another point to consider is that Autosteer must be initiated by the user, for a fee, and the data doesn't account for whether or not it was actually turned on. However, the collision warnings and emergency braking features are automatically engaged.

The new HW2 Autopilot feature, that is installed on all Tesla vehicles since October 2016, can only achieve better numbers, due to additional cameras and Tesla Vision image processing software, among a myriad of other improvements. Added to this, the update and improvement process is incremental and ongoing. Enhanced Autosteer, which is slated to update over-the-air in the coming days, is just one of many updates planned for the vehicles' systems.