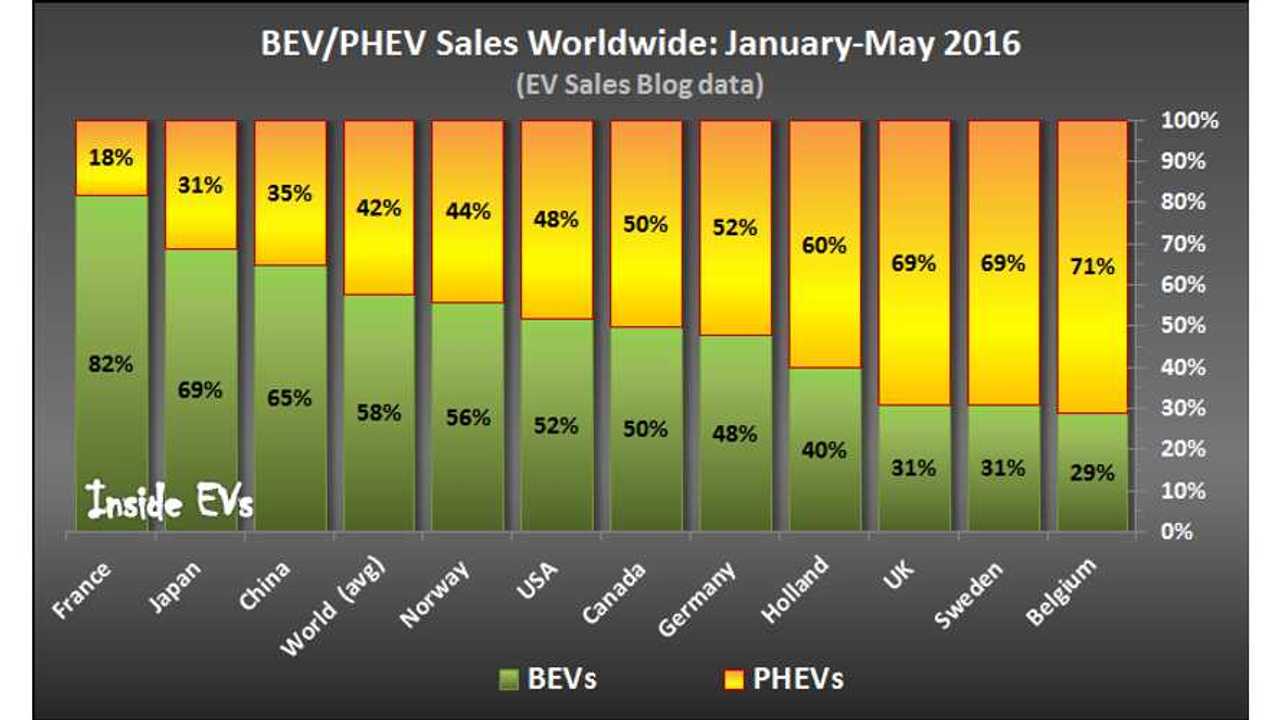 Closing in on the mid-way point of 2016, now seems like a good time to pause and check the pulse of what type of plug-ins are most popular.  All-electrics or plug-in hybrids.

Depending on the country, and its specific 'triggers' for a plug-in purchase (incentives, loyalty to national brands, charging infrastructure,etc), there is highly disproportion ratio between all-electric and plug-in hybrid sales by country.

It is clear that PHEVs are gaining share throughout the world in 2016...even more so than the 4% gain in 2016 would indicate, as the BEV numbers have been reinforced this year by a China-specifc sales surge.

The most BEV-focused country is France, where not only incentives for BEVs are higher, but also the major players (Renault, PSA), don't offer plug-in hybrids at this time. A few years ago Norway was leading the way with all-electric vehicles, but now the situation (incentives) has changed.

On the other side of the coin, UK, Sweden and Belgium note about 70% of plug-in sales to PHEVs.

Looking to the 2nd half of 2016, PHEV sales should narrow the gap with all-electrics even further, with many new extended range offerings hitting the market (including the highly anticipated Prius Prime this FAll).

However, 2017 should see BEVs retake all of the lost ground from 2016, as the new Chevrolet Bolt EV, next generation LEAF will go on sale in the first half, with the Tesla Model 3 joining the action later in the year.