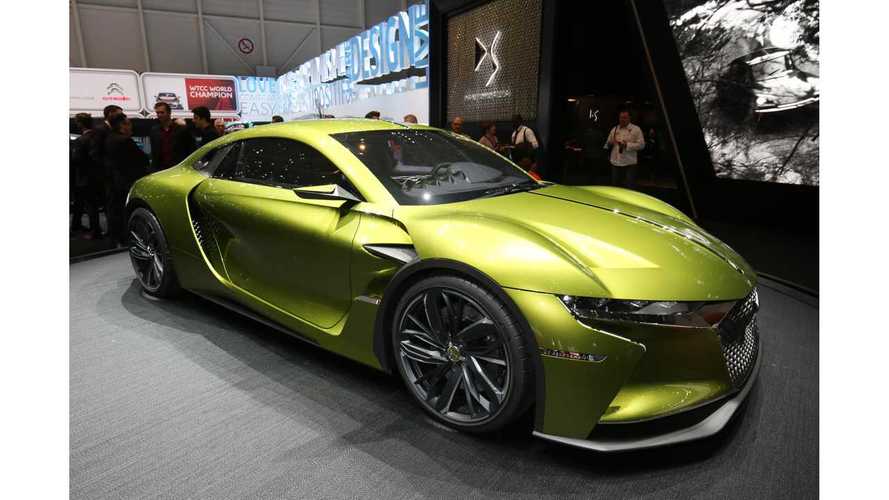 The DS E-TENSE concept, which debuted last year from the Geneva Motor Show, is potentially heading ever closer towards production.

As it turns out, the PSA Group (parent company to Peugeot, Citroën and DS brands) has now filed a trademark for the E-Tense name.

According to Autocar, the DS E-TENSE could reach production after new conventional SUV (which by the way hasn't had its trademark secured yet).

"The luxury arm of PSA Group – also parent company to Peugeot and Citroën – has been toying with the idea of its own supercar as a halo model since the car’s warm reception in Geneva, in addition to a new SUV.

Unusually, however, a trademark for the SUV hasn’t yet been filed, despite the model being expected to make production before the supercar.

We won’t be seeing the E-Tense in production form until after 2018 when the SUV is due to go on sale, and it could come as late as 2021, with all-wheel drive and a 402bhp electric powertrain."

The concept was also shown at the streets and on the track.