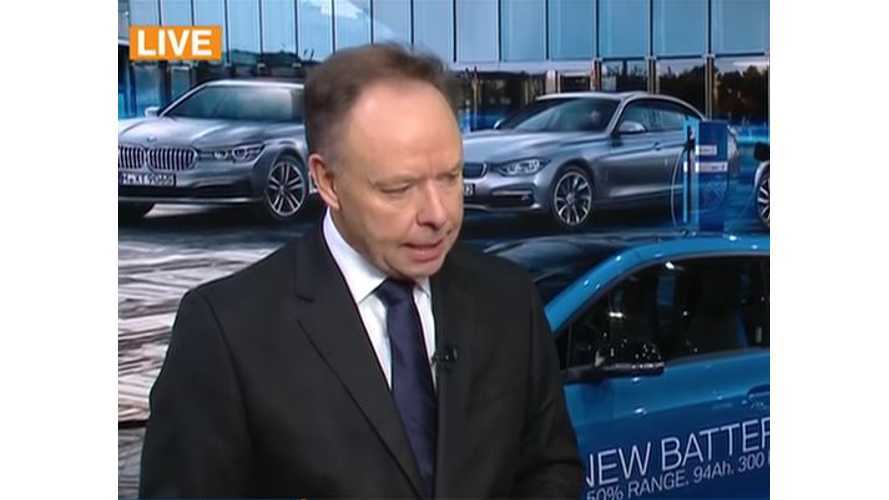 In terms of plug-in electric car debuts, BMW failed to impress us at the 2016 Paris Motor Show. Only two special edition plug-in models were shown, both sporting just a fancy paint job (boring).

But the words of BMW sales chief Ian Robertson, as captured in this Bloomberg interview, were far more promising in regards to electric cars.

"BMW sales chief Ian Robertson tells Bloomberg's Caroline Hyde at the Paris Motor Show that the automaker is going to build on its electric line-up. Robertson sees e-car demand moving as technology develops, adding that BMW is “always focused” on profitability, which is “right where we expected it to be.”