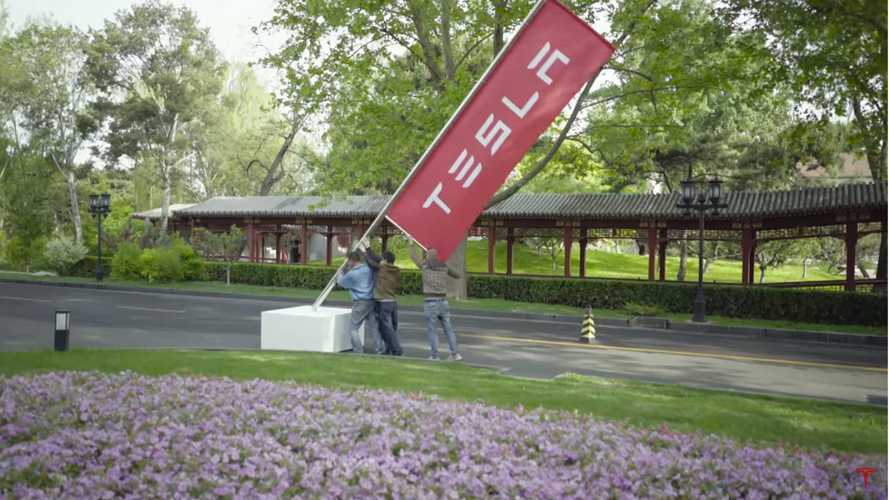 In a move that seems somewhat obvious now in hindsight, but absolutely no one saw coming, Tesla has made an offer to buy Solar City.

That amount is a premium of around 25% to SolarCity's end of day close on Tuesday at $21.19. The deal has an approximate value of $2.7 billion dollars.

Update:  Tesla/Musk held a second conference call to address SolarCity deal as shareholder reaction threatens to strike it down, or because the first one was a technical nightmare...your choice of reasoning.  Full story/recap here.

Tesla sees a natural partnership with SolarCity as the PV company would use Tesla Energy storage solutions in its projects, and calls itself (provided the deal closes), the "world’s only vertically integrated energy company offering end-to-end clean energy products to our customers".

"This would start with the car that you drive and the energy that you use to charge it, and would extend to how everything else in your home or business is powered. With your Model S, Model X, or Model 3, your solar panel system, and your Powerwall all in place, you would be able to deploy and consume energy in the most efficient and sustainable way possible, lowering your costs and minimizing your dependence on fossil fuels and the grid."

The immediate response is naturally a big surge in afterhour's trading in both SolarCity (SCTY) and Tesla (TSLA).

...and Tesla shareholders are clearly none too happy with the notion of Tesla's future earnings potential being slowed with SolarCity's current business model, which has been questioned as it has fallen from a high of $84.96 on February 24th, 2014.

Real time quotes on both companies can be found here - TSLA, SCTY

Jointly, Elon Musk and Lyndon Rive spoke to the media Tuesday night, but essentially added no further details than is outlined below in a Tesla press release, other than to say there could be new electric vehicle charging options added next year, and that solar city products would make "better use of our storefronts".

"The world lacks for sustainable energy companies. The primary solution for energy production long term is solar." - Musk on media conference call on the news

Update (June 22):  Tesla's CEO and Solar City President Elon Musk held an impromptu 2nd conference call to address concerns about the deal and because the first one had more than a few technical glitches.

Tesla’s mission has always been tied to sustainability. We seek to accelerate the world’s transition to sustainable transportation by offering increasingly affordable electric vehicles. And in March 2015, we launched Tesla Energy, which through the Powerwall and Powerpack allow homeowners, business owners and utilities to benefit from renewable energy storage.

It’s now time to complete the picture. Tesla customers can drive clean cars and they can use our battery packs to help consume energy more efficiently, but they still need access to the most sustainable energy source that’s available: the sun.

The SolarCity team has built its company into the clear solar industry leader in the residential, commercial and industrial markets, with significant scale and growing customer penetration. They have made it easy for customers to switch to clean energy while still providing the best customer experience. We’ve seen this all firsthand through our partnership with SolarCity on a variety of use cases, including those where SolarCity uses Tesla battery packs as part of its solar projects.

So, we’re excited to announce that Tesla today has made an offer to acquire SolarCity. A copy of Tesla’s offer is provided below.

If completed, we believe that a combination of Tesla and SolarCity would provide significant benefits to our shareholders, customers and employees:

Today’s offer to acquire SolarCity is only the first step toward a successful combination of Tesla and SolarCity. We will provide a further update if and when an agreement is reached.

We are pleased to submit to you and the SolarCity board of directors a proposal to acquire all of the outstanding shares of common stock of SolarCity in exchange for Tesla common shares.  Subject to completing due diligence, we propose an exchange ratio of 0.122x to 0.131x shares of Tesla common stock for each share of SolarCity common stock. This proposal represents a value of $26.50 to $28.50 per share, or a premium of approximately 21% to 30% over the closing price of SolarCity’s shares, based on today’s closing price of SolarCity’s shares and the 5-day volume weighted average price of Tesla shares. We believe that our proposal offers fair and compelling value for SolarCity and its stockholders, while also giving SolarCity’s stockholders the opportunity to receive Tesla common stock at a premium exchange ratio and the opportunity to participate in the success of the combined company through their ongoing ownership of Tesla stock.

The board of directors of Tesla is excited at the prospect of a potential combination of SolarCity’s business with Tesla. We believe that the possibilities for product, service and operational synergies would be substantial, and that a combination would allow our companies to build on our respective core competencies and remain at the forefront of delivering innovative approaches for sustainable transportation and energy. We believe that a combination would generate significant benefits for stockholders, customers and employees of both Tesla and SolarCity.

We are committed to a possible transaction that is fair to SolarCity’s and Tesla’s respective stockholders.  To help ensure that, Tesla is prepared to make the consummation of a combination of our companies subject to the approval of a majority of disinterested stockholders of both SolarCity and Tesla voting on the transaction. In addition, as a result of their overlapping directorships, Elon Musk and Antonio Gracias have recused themselves from voting on this proposal at the Tesla board meeting at which it was approved, and will recuse themselves from voting on this proposal at the SolarCity board as well.  We believe that any transaction should be the result of full and fair deliberation and negotiation by both of our boards and the fully-informed consideration of our respective stockholders.

Our proposal is subject to the satisfactory completion of due diligence, the negotiation of mutually agreeable definitive transaction documents, and final approval by the Tesla board. While a transaction would be further subject to customary and usual closing conditions, we believe that Tesla is well positioned to negotiate and complete the transaction in an expedited manner. We do not anticipate significant regulatory or other obstacles in consummating a mutually beneficial transaction promptly.

In light of Elon Musk’s SEC disclosure obligations in his individual capacity as a stockholder of SolarCity this proposal will be publicly disclosed, but Tesla’s intention is to proceed only on a friendly basis.

We look forward to discussing a potential transaction with you, and hope to expeditiously enter into a definitive agreement.

The Board of Directors of