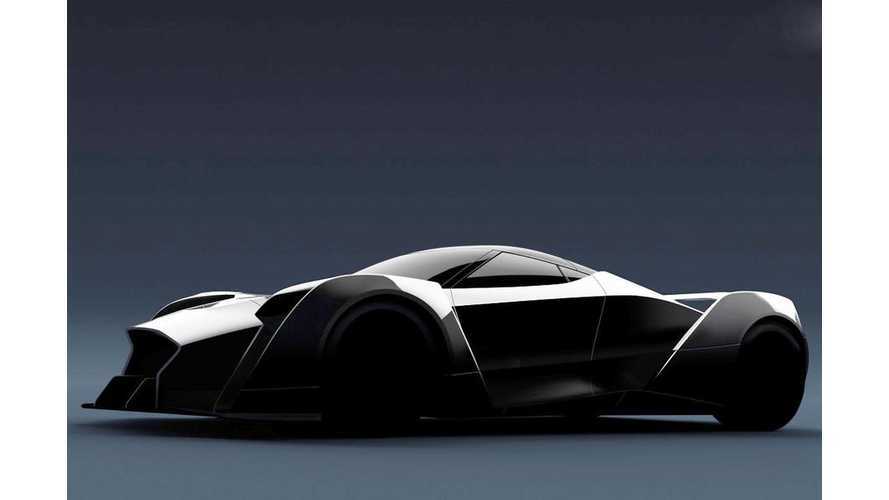 Called Dendrobrium, it's being developed by Vanda Electronics and Williams Advanced Engineering (of Formula 1 and Formala E fame).

"The two-seater, which is the first hypercar to come out of Singapore, features advanced drivetrain and aerodynamic technology that benefits from Williams’ experience in Formula 1."

"No technical details have been released, but the car is described as using electric drivetrains, suggesting a multi-motor setup has been employed that makes use of technology from Williams’ hybrid F1 units."

As befitting a hypercar, the exterior is designed to focus on downforce and aerodynamics. Extreme aerodynamics will allow for a high top speed, while ample downforce ensures it stays on the ground.

Unfortunately, no specs have been released, but we do know the hypercar makes extensive use of carbon fiber and that it's more similar to a Formula racer than it is to any road-going vehicle.

“Dendrobium is the culmination of Vanda Electrics’ expertise in design and technology. is inspired by nature and rooted in technology, a marriage of design and engineering. I can’t wait to reveal the car to the world in March.”

March is right around the corner. The debut is set for the Geneva Motor Show. On display will be a concept version of Dendrobium, but it's said to be about as close to production-ready as possible.

Hopefully we'll get some more details next month with the electric hypercar hits the stage.