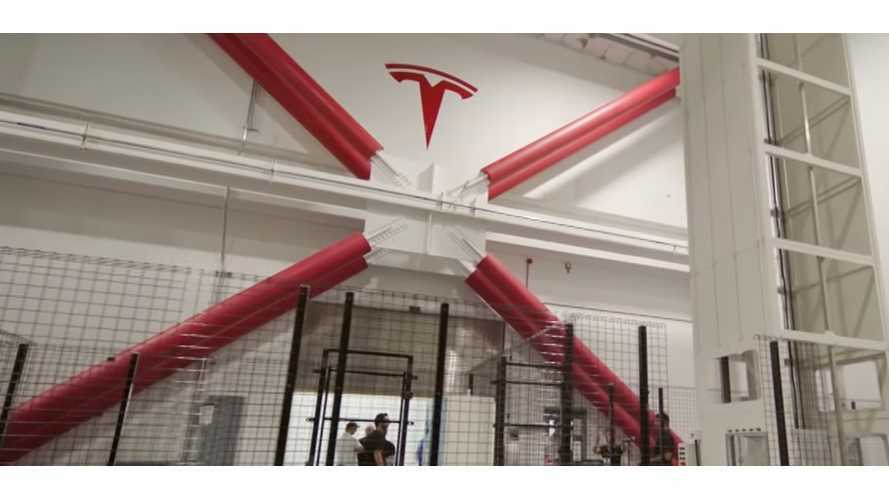 We have known for some time that Tesla's Gigafactory would ultimately build more than just the raw battery cells for the Tesla Model 3, but on Tuesday night we found out some specifics.

During Nevada Governor Brian Sandoval's "State of the State" address (attended also by Tesla's chief technology officer JB Straubel - watch below), we learned that the factory will produce both electric motors and gear boxes for the upcoming Model 3.

The governor stated that the additional investment will cost Tesla about $350 million, and will add 550 new "skilled" jobs to the battery facility.  Sandoval also noted that there was currently ~1,000 full-time workers employed at the Gigafactory, and some 2,000 construction persons.

"Tonight I am pleased to announce that Tesla will expand its investment in Nevada by producing the electric motors and gearboxes for the Model 3 at the Gigafactory," - Brian Sandoval

Another look at the Tesla Gigafactory from this month

Nevada had previously approved almost $1.4 billion in incentives that Tesla could be eligible for over time (and with the hiring of some 6,500 workers).

Tesla started battery production on site in Nevada in December

However, Sandoval's Chief of Staff Mike Willden, told the media that these new production plans by Tesla announced today did not involve the introduction of any new incentives or tax rebates.

The governor also took time to thank Tesla for "doubling down" on Nevada, and took a moment to acknowledge the significant economic growth the EV maker had already brought to the state.

When completed the Gigafactory will have some 10 million+ square feet of operational space.

In December, Tesla started first production of new "2170" battery cells for its Tesla Energy products, with battery production for the Model 3 to begin in the second quarter.