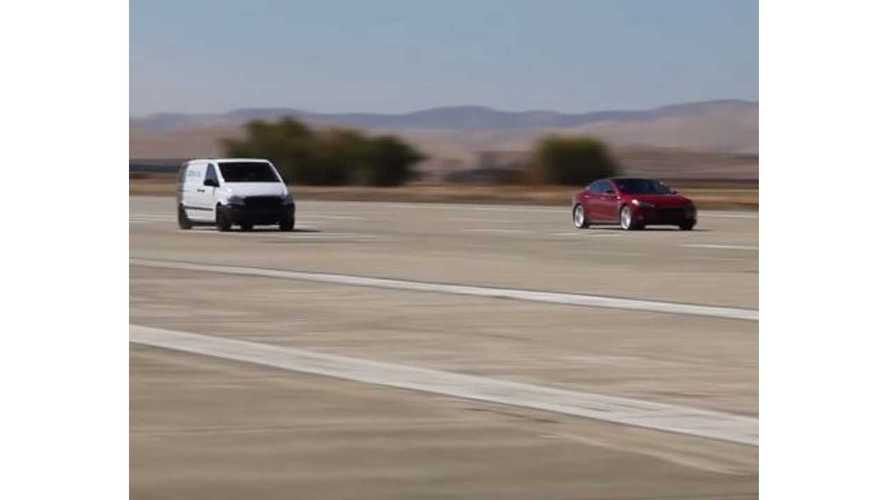 Atieva has returned to the drawing board to update its Edna electric van once again.

This latest iteration of Edna can now zip from 0 to 60 MPH in just 2.74 seconds. Further updates are still on the horizon, so someday soon this can may indeed be able run with a Tesla Model S P100DL.

If you recall, Edna first ran 3 seconds to 60 MPH just 3 months ago. Edna was back one month ago with a sub-3-second run. Now, 2.74 is the magic number and that sort of progress is actually rather amazing.

In the video, you'll see that Edna outruns most of the competition, including a BMW and a Mustang, but when a pair of Tesla Model S EVs showed up at the line, Edna had met its match.

It's back to the drawing board time if Atieva wants to get Edna to Tesla-killer status, but heck it's a van and likely the quickest van in the world, so we think the mission has already been accomplished here.