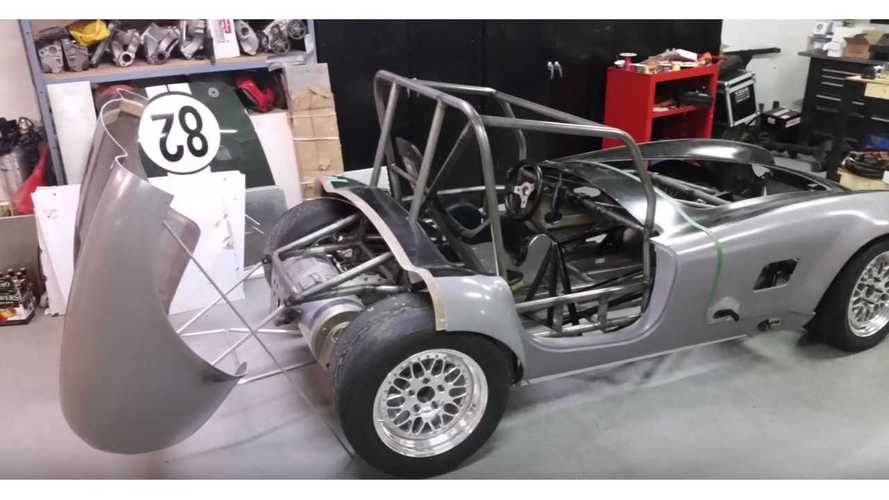 As you can see in the video sent to us by one of its builder - Doug Yip, the chassis is custom fabricated. A group called EPower Racing has been working on the project since December 2015. This spring, it should be ready for testing, and the goal is to have it on the track by this summer.

The group of builders had to join hands with EVTV's Jack Rickard and Quaife Engineering to put together a special "torque biasing" differential for the vehicle. The Tesla powertrain has essentially too much torque for the chassis to handle, without Tesla's traction control system. Also, they have added substantial cooling, because overheating is assumed to be an issue. Regen is disabled to allow for better braking, and it is not complementary to racing. Some of the suspension parts come from a Corvette.

The total weight is 1800 pounds, including a driver. Over a third of the weight comes from the 220 pound chassis and roll cage, and the hefty battery pack.

The Kia Soul EV battery pack was chosen due to its substantial energy density. According to testing, it is more capable of maintaining max power for a long period of time than most other choices. It is also remarkably light for a 30 kWh pack, weighing in at only 400 pounds. They acquired the Soul in good shape and were also able to use its onboard charger and some other parts.

The 427 Shelby Cobra body is a molded fiberglass replica of the original car.