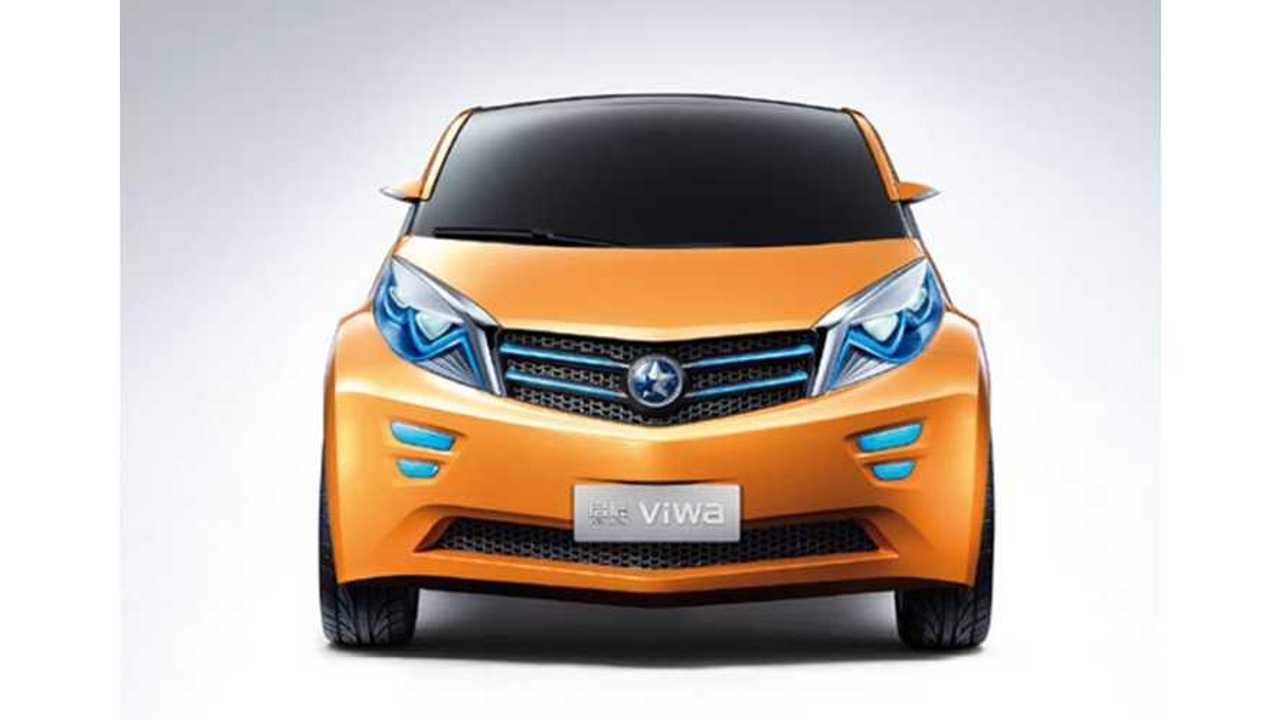 Locally Made, Venucia e30/Morning Wind Went On Sale In China In September of 2014

Asian news outlet Nikkei is reporting that the Nissan-Dongfeng joint venture (Dongfeng Nissan Passenger Vehicle Company) will launch a much lower-priced electric car in the very near future.

The upcoming car will be approximately 30% less expensive than the JV's existing Venucia e30 (which is identical in almost every way to the Nissan LEAF). That implies a price in the neighborhood of RMB 200,000 ($30,400 USD), but with subsidies factored in, the price drops even lower.

"The new vehicle will sell for 100,000 yuan to 150,000 yuan after government subsidies, comparable to the price of a gasoline-fueled car of the same size. Nissan aims to expand its share in China's electric car market from 2% in 2015 to 5-10% over the next several years through the new, cheaper model."

The upcoming electric car will be produced in China with "key parts such as batteries from within China," which is how pricing will be kept in check.

There's no firm launch date, nor has a name for the vehicle been released, at this point in time.