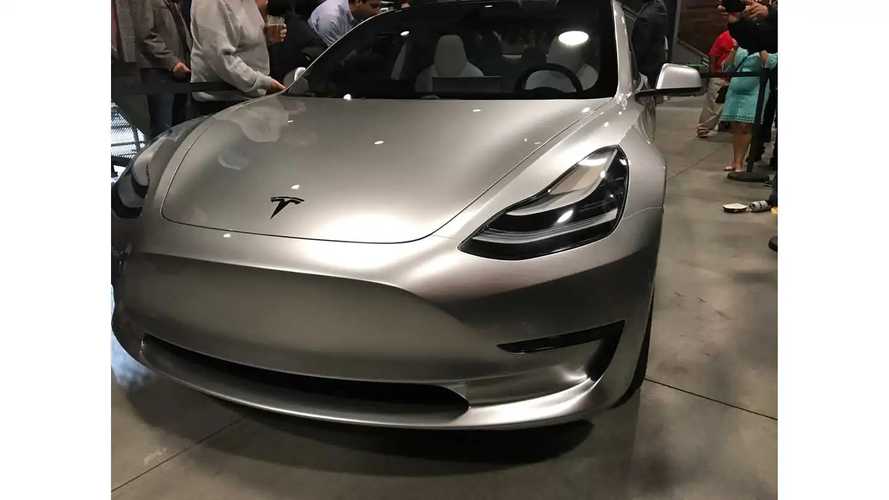 In an exclusive interview with Lindsay Chappell of Automotive News at the annual KPMG Automotive Executive Forum, Peter Carlsson, former head of procurement and supply chain for Tesla Motors, stated that Tesla had it tough in its early years, but going forward the outlook on the supply side is much more positive.

Automotive News posted a brief Q & A with Carlsson, where he spoke of the Tesla Model S for a bit, before moving on to discuss the Model 3.

Carlsson joined Tesla in 2011, prior to the launch of the Model S and left in 2015. He was responsible for securing the supply side for both the S and the X.

Here's a portion of the Q & A from Automotive News:

Q: What was the biggest challenge of creating Tesla's supply chain?

A: In those first years, we didn't have the relationships nor the history of volumes with a large number of suppliers. We couldn't always get the capacity commitments we needed. We had to earn their trust that we were going to do what we said we would.

Carlsson was asked about recruiting suppliers to the Fremont area of California, where Tesla was basically the only auto customer. He responded by saying that California was an excellent choice from the engineering standpoint, but on the supply side it made logistics difficult and added cost and complexity to the process.

Carlsson was then asked about the Model 3, which he had no part in lining up supply for.

Q: You've left as Tesla prepares to launch the higher-volume Model 3. But what is the supply chain's outlook?

A: Things will get a bit easier. Tesla has resolved some issues through vertical integration -- doing things internally. And with the launch of the Model 3, the volumes of the business will be more attractive, and I think we will see more suppliers relocate.