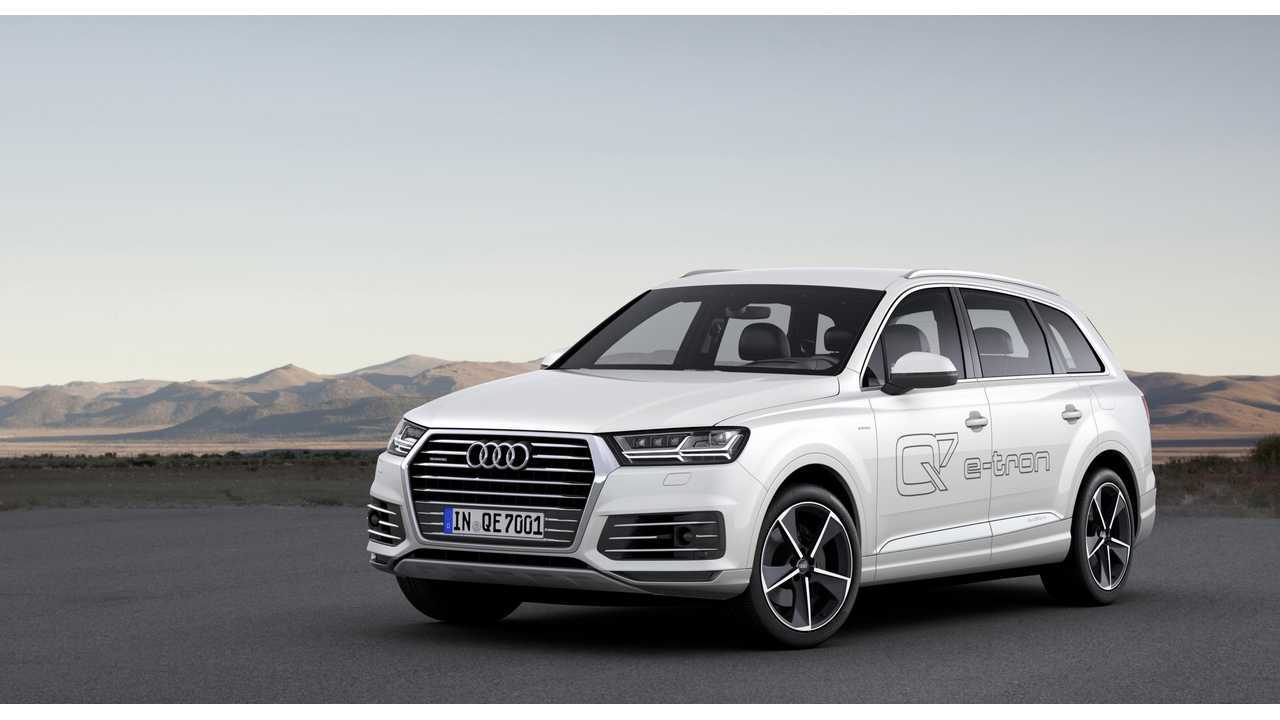 VW will reportedly strengthen its ties with China's FAW Group to bring more plug-ins to the Chinese market.

"Audi and FAW have agreed to produce five more electric cars in China over the next five years, the German company said. Audi also plans to build the A6 L e-tron plug-in hybrid in China this year and import the Q7 e-tron model to the country."

The only plug-in Audi on sale now in China is the A3 e-tron, which is imported into the nation, and thus suffers from high taxation.

Audi says that its future plug-ins to be sold in China will include BEVs with range of over 500 km.

Here's a crude look at the roadmap for VW-Audi-FAW-JAC (another Chinese joint venture partner) plug-ins coming to the Chinese market..