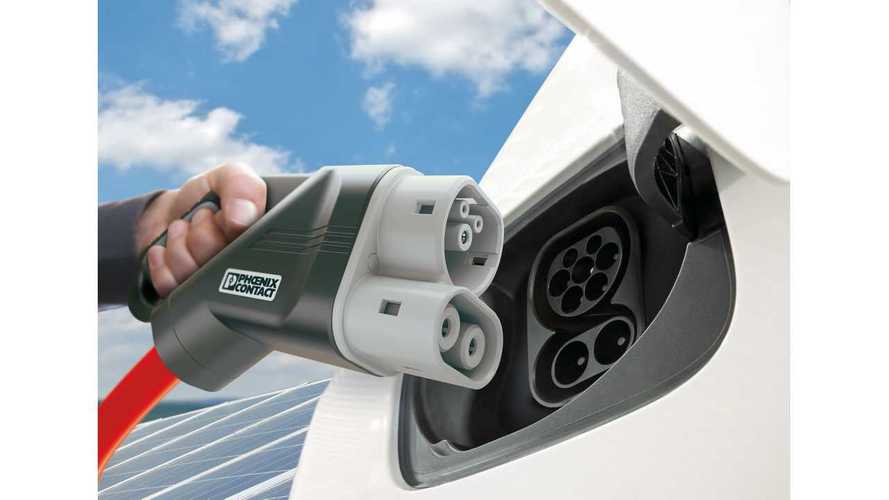 The CharIN e.V. Steering Committee announced list of new members of the initiative supporting CCS Combo DC fast charging standard, which is being adjusted to handle up to 150 kW in the next few years.

Among the most recent members added, we see Fiat Chrysler Automobiles (FCA) - which is not a surprise, and newcomers like Faraday Future, but the most significant new entry is Renault.

Some of them already joined the new members meeting last week with the opportunity of introduction to the other members and committees. In the first half of this year CharIN e.V. grew by 24 members. Together with the ten founding members and the new members of 2015 the association is now supported by 36 leading international companies."

Renault has extremely close relations with Nissan through the Renault-Nissan Alliance, and also has the same CEO - Carlos Ghosn, while the two companies also share the same bold commitment to all-electric cars.

And while Nissan has pursued CHAdeMO from the start, Renault has not.  The French company originally romanced with three-phase AC charging, using a Type 2 inlet. The CCS inlet today would be easy addition for the Type 2.

If Renault does move exclusively to CCS Combo, Nissan will become pretty lonely with CHAdeMO in Europe, but perhaps Renault is still weighing options before reaching a final decision on charging solutions for next generation EVs.

However to us, the EU mandate for the installation of CCS units across Europe (with CHAdeMO allowed to piggy-back) pretty much forced Renault's hand, and will do the same to Nissan ultimately as well.