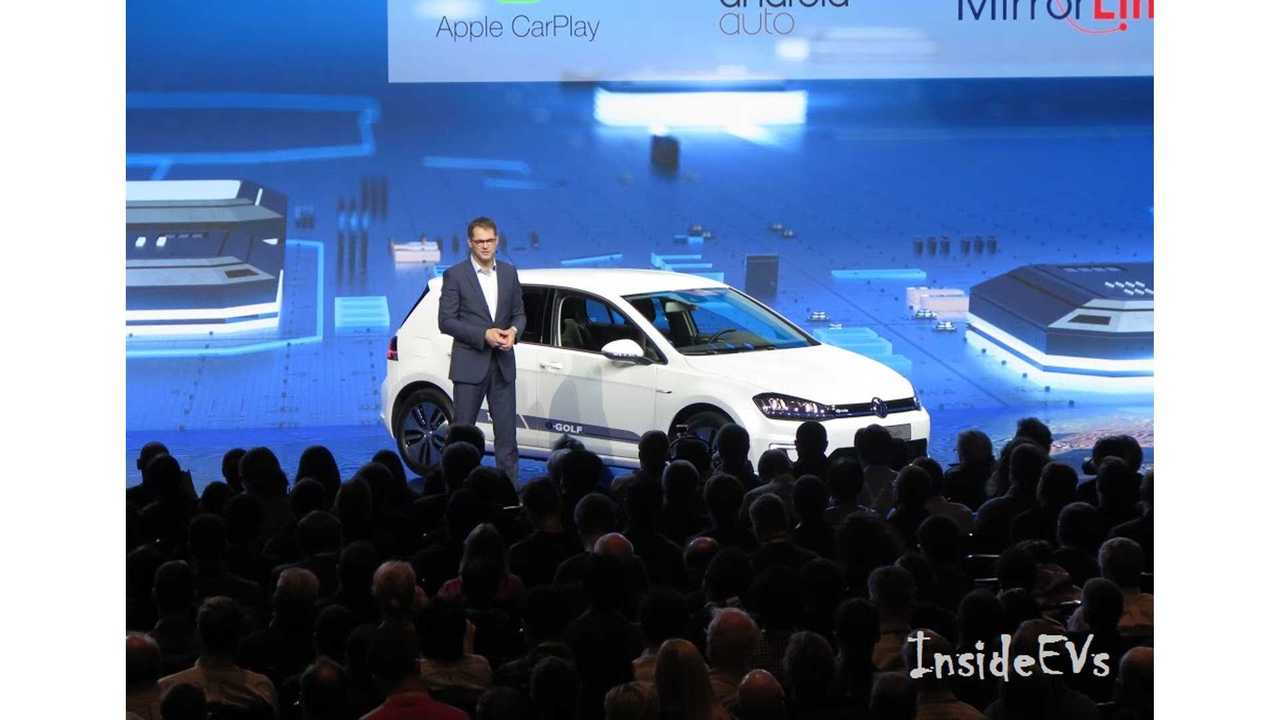 We will see the new, longer range, face-lifted Volkswagen e-Golf  next month, and it may publicize its debut at the Los Angeles Motor Show. Volkswagen plans to begin sales of the car early next year, at the same time as the facelifted VW Golf hatchback. And VW says that this face-lifted e-Golf will be sold nationwide in 2017.

The details regarding the VW I.D. came at the Paris Motor Show, and we now know that we won't see that vehicle released until 2020. It is expected to have a range of up to 373 miles, putting it beyond the longest all-electric ranges of today. However, this is to be expected by 2020.

The new e-Golf will offer a 134 horsepower option, in addition to the current 113 horsepower motor. Range will also increase from a maximum of 118 miles to about 186 miles (NEDC) via a new 35.8 kWh battery (think ~124 miles real world/EPA driving), so the upgrade will put it ahead of many of the "city" EV offerings found on the market today.

The face-lifted e-Golf will offer other updates such as VW's new infotainment and connectivity features. Included will be gesture control, which hasn't yet been released by VW, following its unveiling in the e-Golf Touch concept car.

Our own sources indicate production of the new car starts in December at VW's Wolfsburg assembly facility (take video tour of today's e-Golfs rolling off that line here), and we should see some availability starting to arrive in Europe in January.