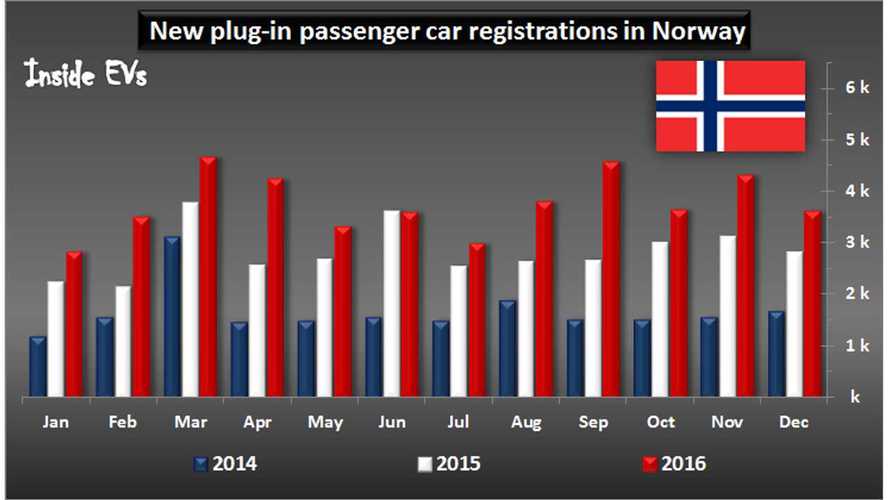 With more than 3,600 new plug-in electric car registrations in December, Norway sealed its position as largest plug-in market in Europe.

December brings more than 28% worth of growth in new passenger EVs, and a market share of over 26%.

The Tesla Model X was the top player in December with 425 new registrations!

In total, in 2016 Norway add more than 45,500 plug-ins (one third more than year ago), while the average market share for passenger plug-ins ended the year at a record high 29%.

All-electric car sales (both passenger and vans) decreased a little bit, but it's expected to grow again now the locals have had the ability to buy plug-in hybrids with the stronger incentives applied:

The top selling models for the year (a;sp see full table below) were: