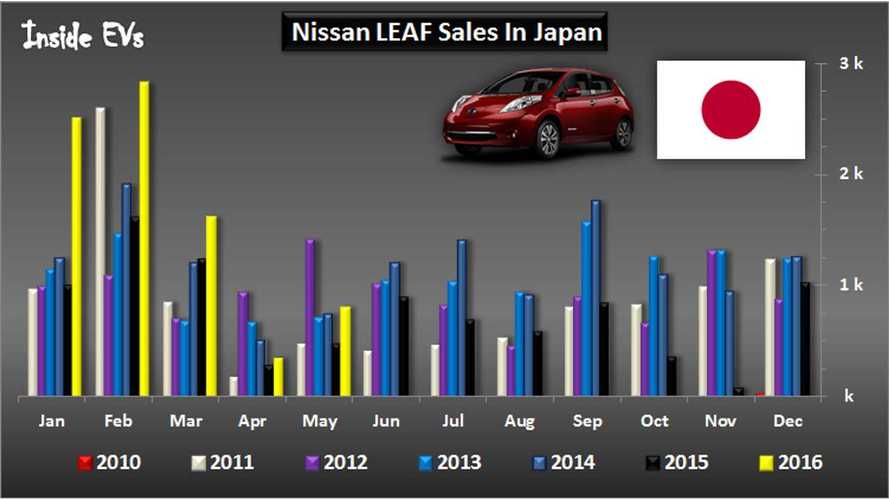 The 30 kWh version of the 2016 Nissan LEAF wasn't able to continue its record pace from the first quarter of the year in Japan, but this May was still the best advance for the month since 2012.

After five months, Nissan can boast a total of 8,084 sales in Japan, which is close to the 9,057 sold for the whole year 2015.  So when someone asks you why Nissan has not announced when LEAF 2.0 will be available...this is your answer - the current EV is still selling decently well (at least outside the US anyway).

Speaking of the US,  in comparison to Japan, LEAF sales are some 72% higher through May (4,697 LEAFs have been sold in America thru the first 5 months).