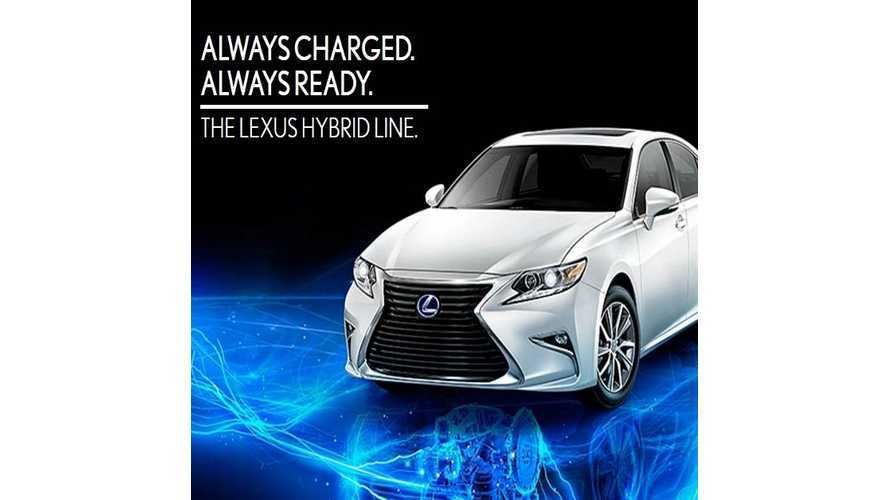 Note Lexus' Slogan For Its Hybrids

Lexus and plug-in vehicles? Yupe, a long history there.

Long-time electric car hater Lexus seems to be warming up to the notion that it needs a plug-in car in its lineup.

"We do think there's room to fill some gaps that still exist for Lexus."

One of those gaps that needs fillin' is apparently the luxury electric car gap.

Lexus began to examine the electric car segment rather intensively following the 2016 Paris Motor Show where plug-ins from rivals were the stars. Quoting Bracken:

"It was amazingly focused."

"Subsequent to that show, from my standpoint, we began conversations with our product planners."

While Lexus still has no concrete/announced plans to offer a plug-in car, Bracken did pull out the emissions card and basically admitted that Lexus will have to seriously look into EVs:

"I think we'd have our head buried in the sand if we didn't thoroughly study all electric. You definitely have to do that."

It's probably time for Lexus to stop ripping on plug-ins and to start developing one of its own.