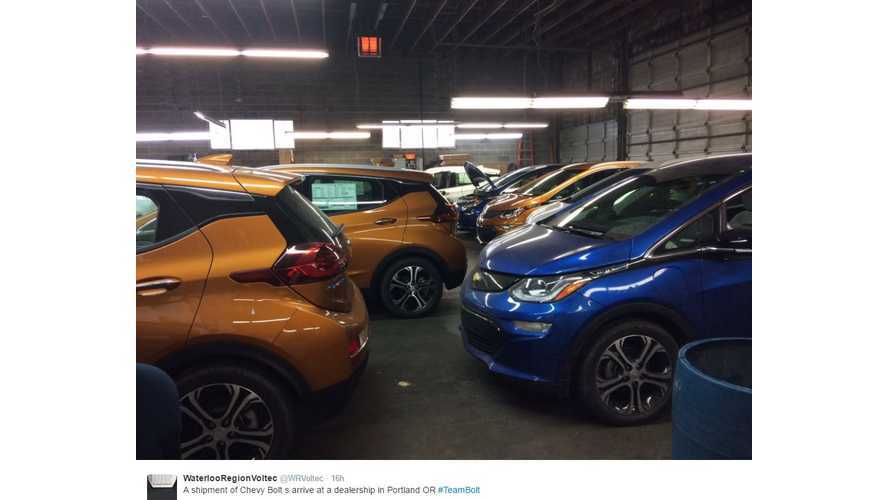 First deliveries of the Chevy Bolt commenced right before the end of 2016, with 579 delivered (all in California, we believe ) in December 2016.

Oregon was next up, with Bolts arriving there recently.

The distribution plan posted above shows two different months for the various states. The first listed month is when ordering opens in those states. The second month is when first deliveries in the listed states are expected to occur.

All 50 states should have Chevy Bolt at dealerships no later than September 2017 - which basically means that the extended nationwide availability will arrive as a 2018 model year car, as an anticipated 2 week Summer shutdown/MY change over happens in early Summer in Orion, Michigan (where the Bolt EV is made). But if you can't hold out for your state to have Bolts, then you can always order from a dealership in a state with availability now.

With nationwide availability and relatively high production levels, the Bolt clearly is not a compliance car.

Although the first 3 Chevy Bolt EV deliveries technically began on December 13th, "real" consumer deliveries didn't get started until around Christmas...limiting the sales volume for the month