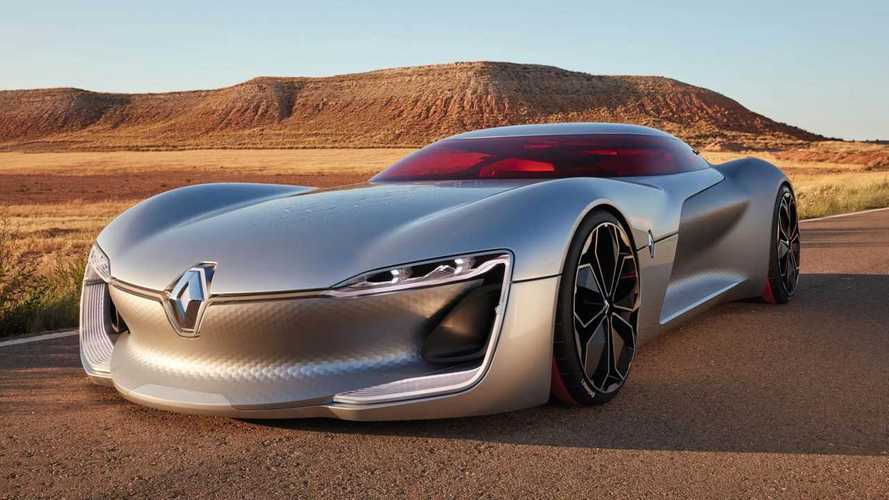 Yesterday, we broke the details on the pending reveal of the Renault TreZor.   Today with that debut officially in the books, we have all the specs and pictures to round out the story from the Paris Motor Show.

The TreZor (or "treasure" in French), is designed based on the DeZir concept first shown six years ago, and completes the latest Renault styling language - which has now run through all the models in the lineup.  Although Renault's design chief,  Laurens van den Acker, says that the TreZor "signals a new beginning, not an end."

Basically the TreZor is a two seat coupe, with a huge single "roof" door that shows off an intricate interior, that also provides an autonomous driving experience (which indicates the car, or anything like it, won't be in production any time soon).

Still, as you can tell from the photos (and video above), it certainly is pretty to look at.

Video (below): Check out Renault CEO Carlos Ghosn debuting the TreZor Concept (from the 29:30 mark), and also the new 400 km  ZOE (from the 21:00 mark) from the Renault Paris Motor Show press conference.

*- two batteries, each with its own cooling system” that works best through the air intake with variable geometry in the hood”

Gallery (below):  More looks at the Renault TreZor

Renault TreZor lights on (via GQ)