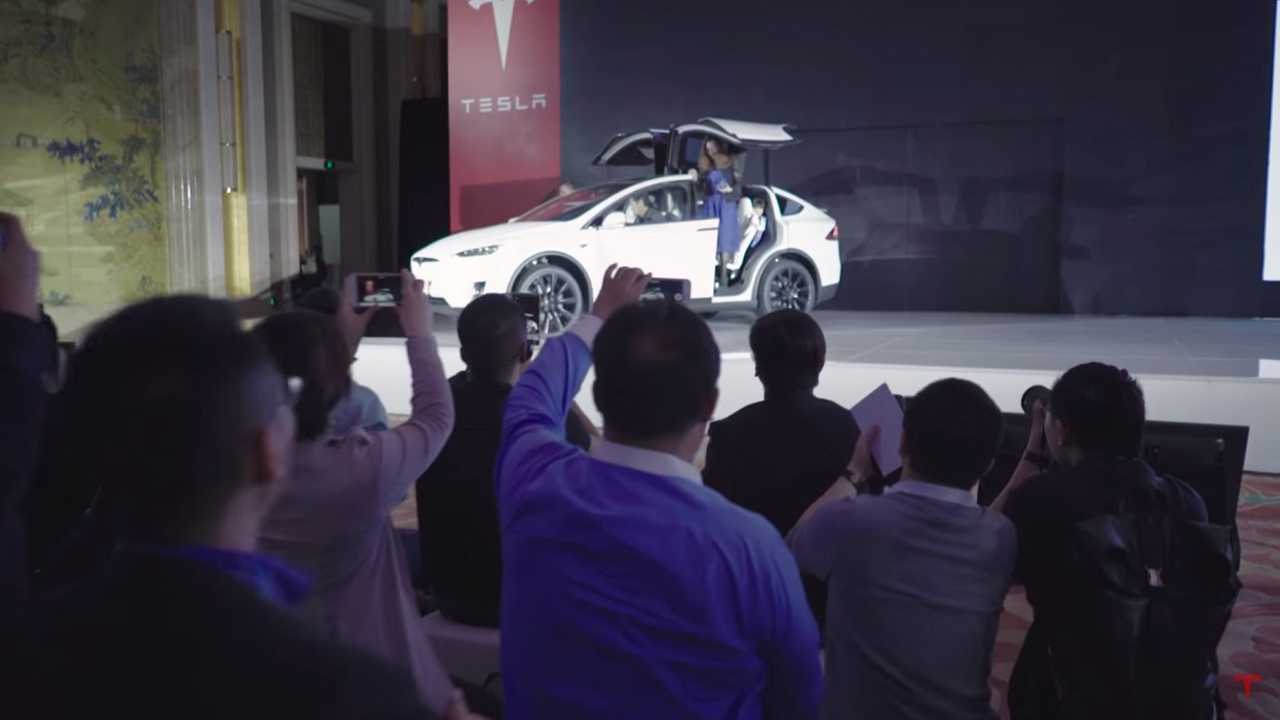 A Tesla launch event is always a big deal ... and none will be bigger than the Model 3

Just as one referral program has closed at Tesla, another has replaced it.  Actually two.

As well as a new referral rewards program, the company has announced an "Annual Award" for Tesla customers who refer model Tesla Model S and Model X sales throughout the year, and top prizes for the fastest referrers.

Tesla Referral program rewards 7 leads with a trip to the Model 3 delivery party!

Most interesting in the traditional "Current Phase" of the program, is the offering to current owners the chance to attend the Tesla Model 3 delivery event!

Owners who make 7 qualifying referrals will receive an invitation for themselves and a guest to attend our Model 3 delivery event.

Unfortunately, there is no actual date for the Tesla Model 3's delivery event, but we do know it is on the horizon for the company after this incentive phase ends on March 15th.

Tesla has mentioned July as a 'best case' for the start of retail production for the Model 3.

As for the "Annual Awards", the first person in each of Tesla's 3 regions to net to 20 referrals will receive a free Model S P100D, or Model X P100D - their choice:

The first person to refer 20 friends starting from January 16 in each sales region— North America, Europe, and Asia-Pacific — will receive a P100D Model S or Model X. They will be invited to configure their award once all 20 friends have taken delivery of their new Tesla vehicles.

While all persons who reach 20 referrals in a year get a "weekend getaway at a destination charging resort, as well as the ability to swap their car with the latest Tesla of their choice for a week."

Of course there are lots more prizes (and slightly more attainable) as part of the two-part Tesla Referral Program, which one can check out below:

Customers who order a new Model S or Model X using the referral link of a Tesla owner will get a $1,000 credit towards the purchase price. To show our appreciation, referring owners will be eligible for our Referral Program awards.

Owners can refer up to 8 friends during the current phase of the program, lasting from January 16 to March 15, 2017.

7+ Qualifying Referrals Owners who make 7 qualifying referrals will receive an invitation for themselves and a guest to attend our Model 3 delivery event.

5+ Qualifying Referrals Those who make 5 or more qualifying referrals will receive an exclusive red Founders Series Powerwall 2. This limited edition Powerwall is not available to the public.

2+ Qualifying Referrals Those who make 2 or more referrals will receive a rolling Tesla carry-on.

Owners will now also receive exclusive benefits and awards throughout the year, based on their total number of referrals from January 16, 2017.

20+ Qualifying Referrals Those who make 20 qualifying referrals will receive a weekend getaway at a destination charging resort as well as the ability to swap their car with the latest Tesla of their choice for a week.

15+ Qualifying Referrals Those who make 15 qualifying referrals will receive exclusive priority access and benefits lasting until December 31, 2018, including:

We know that without our customers we would not be where we are today. This is our way of thanking you for your support in building the Tesla community and accelerating the world’s transition to sustainable energy.

Must be at least 18 years old to be eligible for awards. No entry fee, payment or purchase required for the drawing. A random drawing will be held on or around March 31, 2017 to determine the winner. The winner will be contacted thereafter. Awards are non-transferable and not redeemable for cash. The winner is responsible for all taxes and local requirements and fees. Program and awards are conditional on and subject to local laws and regulations. Unfortunately, Ohio and Virginia residents are not eligible for awards.

The customer is not an employee, legal representative or partner of Tesla or any Affiliate of Tesla. Nothing in the Referral Program shall be deemed to create any kind of (commercial) relationship between Supplier and Tesla or any of Tesla’s Affiliates. The customer has no authority to represent or bind Tesla.