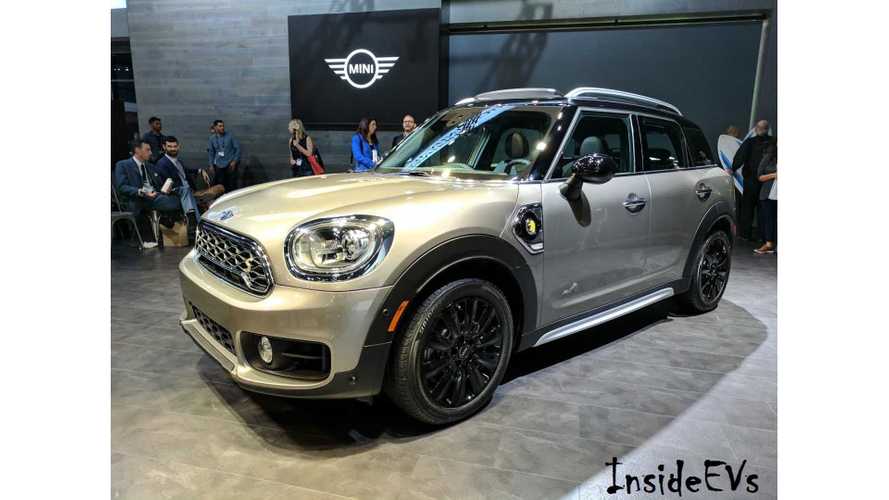 According to reports from Brussels Motor Show, MINI intends to price the upcoming plug-in hybrid Cooper S E Countryman ALL4 from €36,000 (incl. 21% VAT) in Europe (Belgium specifically), which is just over $38,000 in USD.

We should of course point out you can't simple exchange currencies to get an expected price for other regions of the world...at least not usually, this time excepted.

The European pricing represents a ~12% premium over the starting price of €32,250 for the Cooper S ALL 4 ...which is a fairly reasonable proposition.

In the US, the same petrol model starts from $31,600, meaning if the pricing structure holds up, the plug-in hybrid MINI that was unveiled at the LA autoshow, should have a price-tag around $35,500.