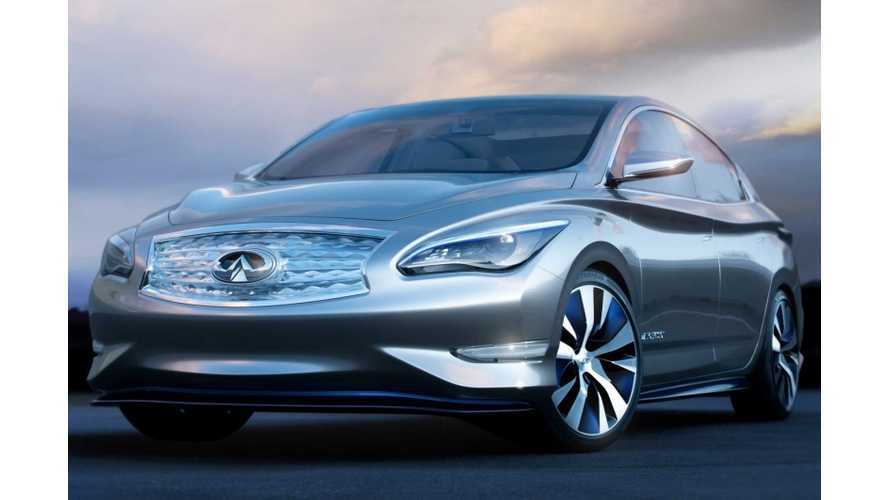 Lots of luxury Asian automakers are reportedly readying electric cars for production by 2020 or a bit later, according to Automotive News who states:

"Lexus, Genesis, Acura and Infiniti say they are weighing electric vehicle offerings -- in some cases to meet emissions rules, in others because zippy, futuristic EV cachet enhances their luxury buzz."

Lexus, a Toyota brand, would be the big surprise here and perhaps Acura (a Honda brand) too.

Hyundai says a Genesis EV will be in production just after 2020 as part of the automaker's push to have at least three BEVs on the market by 2025.

"In Genesis, we absolutely need that kind of luxury electric vehicle."

Infiniti's first EV, described as a performance, luxury electric, will be out around 2020 and will use some tech borrowed from parent company Nissan.

Meanwhile, Acura's approach to EVs are that the brand simply needs one in the lineup and says that Acura's EV will be innovative and unique, as that's what the brand is all about.

Lastly, Lexus, the long holdout, seems ready to enter the segment too. Following the Paris Motor Show, Jeff Bracken, general manager of Lexus International, says the automaker "began conversations with our product planners" in regards to a future BEV.

"I think we'd have our head buried in the sand if we didn't thoroughly study all electric."