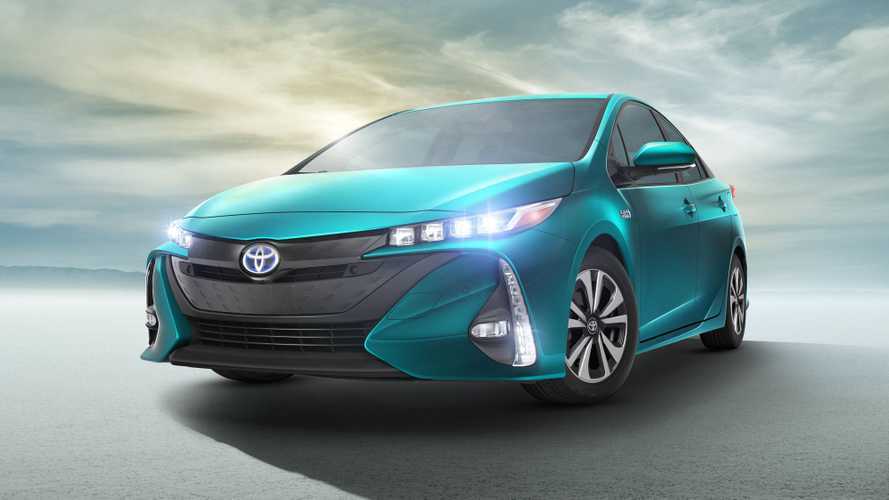 Toyota has made two admissions in regards to its Prius plug-in hybrid.

First is that Toyota officially considers the first Prius plug-in hybrid a "failure," according to an unnamed "top Toyota Motor Corp. engineer" who may likely be the Prius' chief engineer, Koji Toyoshima.

The second is that the upcoming Prius Prime PHEV will be a huge success, with an annual sales target of 60,000 units worldwide.

"Toyota is targeting 60,000 sales a year for the upcoming Prius Prime plug-in hybrid, nearly as many as the previous-generation Prius PHV sold cumulatively since its 2012 launch."

"About half that volume will come from North America, while Japan chips in roughly the other half."

Europe is expected to contribute only slightly to the total sales volume for the Prius Prime.

Automotive News says that sales of the first-generation Prius PHV totaled only 75,000 units worldwide in its 3 plus years on the market. It's best year in the U.S. was 2014 when it sold 13,264 units.

So, why does Toyota expect success with its new plug-in Prius? According to the car's chief engineer, the Prius Prime is much improved on all fronts, but these were the three key areas of focus:

2. Clearer differentiation from the standard Prius.

"Going forward, there will be much broader competition in plug-in hybrids. We have to sell this much. Otherwise, we will not be able to win in the next round."

Electric-only range for the upcoming Prius Prime is 22 miles, which is much improved over the outgoing model, but still well short of cars like the Chevrolet Volt. However, Toyota feels that it found the right balance between battery kWh and MPG. Toyoshima says that if Toyota added more batteries, the car's fuel economy would be lower when running in gas modes due to the added weight.

We'll find out starting this fall if the new Prius plug-in is a success when sales kick off in Japan. Global sales will follow. Pricing remains unknown at this time.