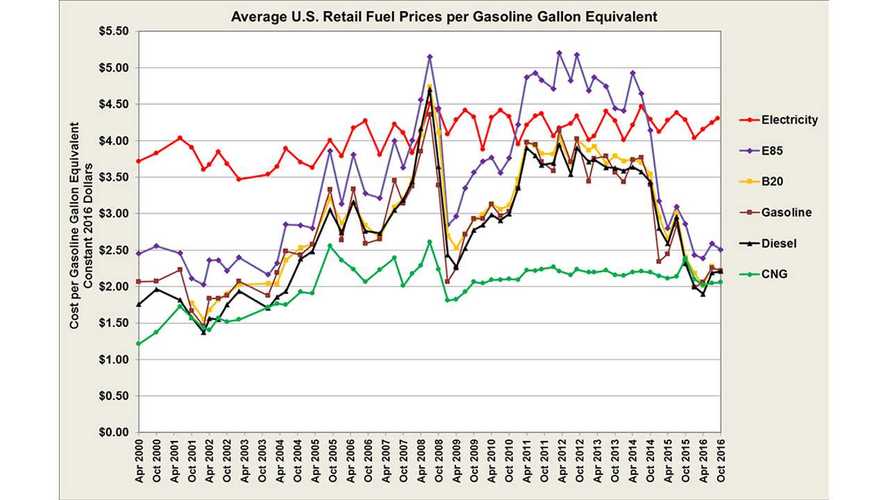 And as it turns out, electricity pricing is pretty stable, although the chart does reveal some periodic changes in winter vs. summer.

On the other hand, gasoline prices could change by upwards of 100% in relatively short period - which could be really good, or really not-so-good for consumers after a new ICE (internal combustion engine) purchase.

"Retail prices for most transportation fuels have been highly volatile over the past 16 years. The prices are displayed in gasoline-gallon equivalents (GGE) which equate the energy content of any motor fuel to that of a gallon of gasoline. The prices are collected in gallons (except for CNG and electricity) and are converted to GGE. In this figure, the prices were also adjusted for inflation to 2016 dollars.