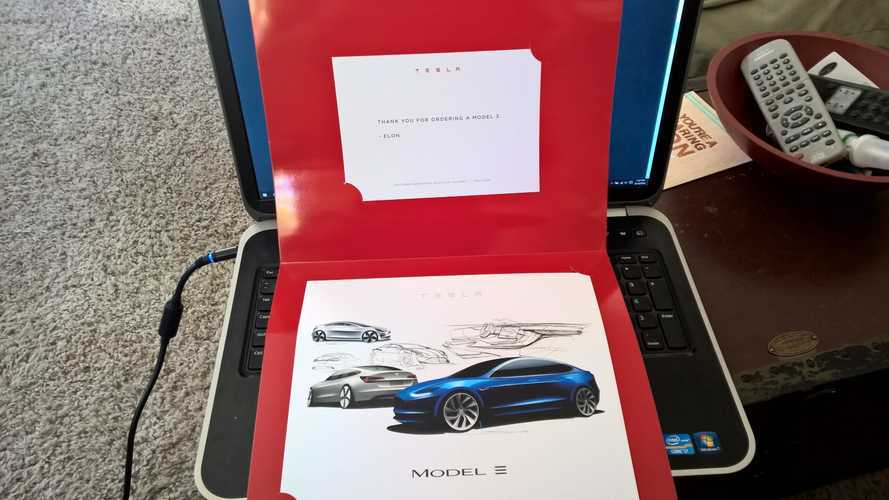 Following the successful opening of reservations for the Tesla Model 3, CEO Elon Musk took to Twitter to announce that reservation holders would receive a "token of appreciation."

Well, it seems that some reservations holder are now receiving that promised gift, which is a sketch of the Model 3 and a Thank You card from Elon himself.

It's believed that other gifts may be on the way as well. Musk did say that a scale model of the 3 and "a few other things" were coming in Tweets related to the matter. He even mentioned an "extra gift" for those who waited in really long lines.

So, this Model 3 sketch may be just the first of several gifts coming for some reservation holders.